Christmas & the Art of Gift-Giving 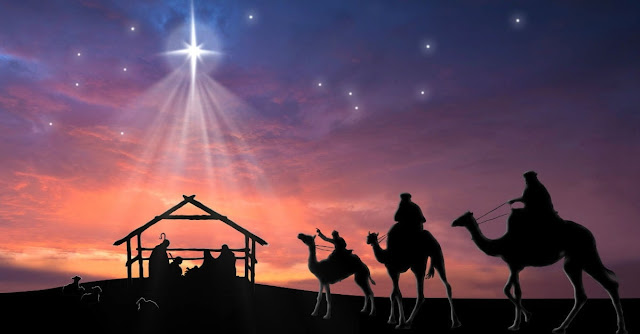 Throughout the year, humans exist largely as ‘employees’.

This means that people generally engage in those characteristics that make us ‘human’, such as listening, acting on, exhibiting interest, exercising imagination, interacting meaningfully and striving aspirationally solely at work.

Everything else is generally ‘compensatory’ or ‘recuperative’. That is, they do what they do outside of work not because it is an avenue via which they express themselves – or other aspects of their personas – but simply because it helps them to recuperate from the myriad of maladies they suffer as a consequence of their absorption within the work environment.  Hence, social life is reduced to the status of a reservoir from which they drink in order to be rejuvenated for work. In other words, life becomes little more than a means to work as opposed to the inverse.

...amongst others, however, demands that life, excluding ‘work’, be celebrated. It demands that humans be validated as beings with multitudinous potentials and sigificance instead of merely diminutive ‘employees’. This it does, amongst others, through the act of gift-giving.

In the act of giving a gift, we have the opportunity to practice in the social arena that which we have throughout the year confined to the self-nullifying ‘work environment’, by validating the significance of an individual as a unique human being and a human being as an unique individual.

The art of gift-giving practices us in doing what we do at work, outside work.

In other words, it demands, ideally, that we query after what a person likes;

which in turn requires us to consider what the person is;

which in turn requires that we have exhibited the requisite interest in the person prior to Christmas;

which in turn requires that we have extended the requisite ‘ear-time’ to the person in terms of really getting to know the person, their lives, interests, concerns, and aspirations.

This in turn will lead us to not only knowing what the person likes, but what will develop her/him further in the course of the year as a 'full-of-potential' human being. Via such gifts, we validate them as human beings and as individuals. It requires that we put together all their whines, moans, wishes and musings transmitted in the course of the year in order to come up with the right gift.

This basically amounts to us having treated the person as more than just a self-serving ‘quick-fix’ - like the daily morning dose of caffeine - for making ourselves feel good/satisfying our own needs and rejuvenating us before plunging into work again. In other words, we must have been a true friend in the altruistic sense of the word.

“This gal/guy is sooo difficult to buy gifts for…donno what s/he likes…s/he's got everything!”

This usually means that this person has spent much of the year paying attention and showing interest mainly at work and giving ‘the boss’ what s/he wants. They hang on to the boss’s every word and directive and deliver accordingly and on time. But when it comes to their ‘friend’/‘spouse’/‘family’, it is the inverse.

This is when belts, perfumes, ties, socks, handkerchiefs, the latest knicks and knacks which is supposed to be “…very popular because everyone is buying it” ‘etc’, are given.  In this, they say, 'it's the thought that counts', where it would be true to say, 'it is the thoughlessness that made me pick these out'.

It’s difficult to think what this person might want because we have rarely paid any attention to what the person is, her hates and likes, her aspirations and inclinations throughout what then becomes the void between one Christmas and the next. And by such nonchalance, we actually under-validate, undervalue, and thus underdevelop our 'friends', etc, and in doing so, we ourselves undervalue ourselves by not learning more about and through others.  And by such nonchalance, we further destroy any semblance of non-employee humanity within ourselves as we give up yet another chance to practice our humanity via a thoughtful practice of the Art of Gift-Giving.

So, when you get stressed out thinking of a gift for someone dear this Christmas,

...Remember, that can only be due to your not having given this significant other the requisite ear-time, or ‘friend-time’, in the course of the year – something which you have been devoutly giving your boss during the same time. It is because the siginificant other has been serving as little more than a panacea to the stresses accumulated via work. It is because the significant other has been used as nothing more than a sticky pad for muscle aches induced by the multitude of back-breaking postures you have been forced to get into between 9 to 5 that it has become so difficult to think up the right present for her/him.

And yet, if you think about it, the more meaningful and less exploitative your relationships are outside work, the better you’ll be able to cope at work. So, appreciate the hassle of thinking up what you ought to buy a significant other this Christmas, for this indicates the deficiencies in your attitude towards relationships whilst simultaneously exposing those areas that ought to be improved upon in the course of what may consequently cease to be a void till the next Christmas.  And in getting rid of that void in your relationships, you will fill up the void within yourself and the other with an orchard of trees that will be decorated with love and care for the next Christmas.  That is the best gift you can give to the other, and yourself.

When we consider the above, we'll realise that The Art of Gift-Giving practices us in the even finer Art of Being Human.

Merry Christmas to All!