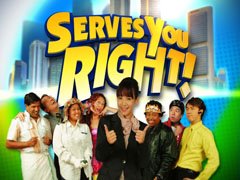 To the common mind, it simply means going by how one scores in exams. That’s it.

But that’s not it.

Meritocracy goes deeper than simple educational achievement. It has much to do with an overarching ‘system of preference’ that is promoted via a host of means. Of course one can say that we ‘prefer’ those with higher scores. But this sort of ‘preference’ is embedded within an overarching ‘system of preference’ that impacts on how we perceive ourselves, each other, and what we are taught to view as the right way of thinking and doing things. It is this that truly reveals what any particular ‘meritocratic’ system entails.

For instance, back in the 70s and 80s, there was a common perception that manufacturing was a ‘chinese thing’; that Indians make good lawyers; or that Malays are great at song and dance. We saw lots of Malays being taken into Civil Defence, whilst I saw quite a few of my Indian friends going into Infantry or Guardsmen. This sort of perception or practice can determine what sort of ‘merits’ people might go for. You could say that our preference has sort of been predetermined and we choose what people of ‘our race’ are good at, or steer clear of those fields deemed to be the arena of other races.

But things were changing in the 70s and 80s as well. People of different races were going into various occupations. English was fast becoming the mother tongue that enabled various races to cross-breed culturally. It wasn’t cool to be just ‘one’s own race’. Indians called traditional Indians ‘mamas’ (derogatory term for Indians that reduced them to nothing more than the traditional occupations of some indians who ran corner shops); English-speaking Chinese called traditional Chinese ‘cina bengs’ (derogatory term for chinese of the lower socioeconomic classes or whom were uncouth and crass).

Given the pariah-risation of non-Chineseness, how is this going to impact on the overarching ‘system of preference’ in chingapore? From one’s social circle to the working arena, how is non-chineseness received?
But things changed again from the late 80s. The government moved against ‘westernisation’, lauded ‘asian values’, and zealously begin to pursue the Confucianisation of singapore via the socialisation of the local chinese into what was asserted by the government to be ‘their culture’. Thereafter, the ‘system of preference’ changed over a couple of decades. And this underlay the true basis of Singapore’s, or more accurately, what to become ‘Chingapore’s’ definition of ‘meritocracy’.

So it was not a simple ‘how much did you score’ in your exams that mattered. It was more of ‘how chinese are you’ that begin to matter. Do you follow rules without question? Do you leave politics to the professionals? Can you be controlled by dictate? Do you abide by tradition? It was not how much you scored, but the attitude with which you presented your credentials your employers that mattered. And in the spirit of the age-old legalist-confucian system, the kow tow posture was preferred. That is, kow towing to the popular, powerful and prominent.

And this was further exacerbated by the ‘mother tongue policy’ and the SAP school system. In the first, one had to study one’s ‘mother tongue’. In the second, the SAP school system ensured an advanced and monocultural education experience to the cream of the chinese crop. This complemented the elevation of ‘chinese’ culture over all others and its celebration at prominent and central locations, whilst all others were confined to traditional ethnic enclaves. The government stated that the chinese should always be a majority in the state; the media begin to ‘prefer’ the chinese; and many jobs begin to require one to speak mandarin; and the government continued with their ‘speak mandarin and appreciate chinese culture’ campaign. And finally, a couple of years ago, Lee Kuan Yew stated that in 2 generations, Mandarin ‘will be our mother tongue’. The fascist racist agenda was complete.

Lee Kuan Yew: "SINGAPORE must preserve meritocratic government schools to keep up the standards of schools and universities here, and enable the brightest and the best to rise to the top, Minister Mentor Lee Kuan Yew stressed last night." source

Within this scenario, we have to look again at the meaning of ‘meritocracy’. Given the pariah-risation of non-Chineseness, how is this going to impact on the overarching ‘system of preference’ in chingapore? From one’s social circle to the working arena, how is non-chineseness received? Even if a non-chinese was to become thoroughly confucianised, how is the shallowness that is encouraged amongst the people via cultural and racial fascism going to continue to maintain a ‘system of preference’ or ‘meritocracy’ that prefers those whom are a part of the ‘preferred majority’?

To what degree is this going to popularise the perception that everything is a ‘chinese thing’ whilst what is left-over is for everyone else? (very well illustrated by the grossly racist local comedy, ‘Serves You Right!’, where the chinese were portrayed as professionally versatile whilst the non-Chinese were cast as corner-shop proprietor and parking attendants....i don’t know if this has changed, but it is reflected in a host of ways in the media, etc.) And to what degree is this going to affect how everyone does anything the ‘chinese way’? And finally, how is ‘we prefer those with higher scores’ going to be followed by an unstated, ‘we prefer those whom are chinese, can be controlled, abide by tradition........’

(All that said, it must be kept in mind that there was a time when ‘chinese’ simply meant where one’s ancestors came from, and not necessarily a reference to the culture one practiced. They were socialised first, and through them, the rest of the nation. They aren’t to be blamed....though they are benefitting from their governmentally accorded status.)