BBC makes light of terror attacks on Hiroshima and Nagasaki

"Plans for Stephen Fry to film part of a documentary series in Japan have been shelved after complaints about nuclear bomb jokes in his quiz show QI.

The offending episode of QI was broadcast last month and featured a discussion about Tsutomu Yamaguchi - the only person known to have survived both bombings.

Mr Yamaguchi was burnt in the Hiroshima explosion - only to travel by train to Nagasaki to be caught in the second attack three days later.

Alan Davies suggested an A-bomb had landed on Mr Yamaguchi and "bounced off".
And Stephen Fry expressed amazement that the Japanese trains were still running after the blast.

The episode prompted a complaint to the BBC from the Japanese Embassy who accused the broadcaster of making light of the attacks.

The BBC responded by apologising, acknowledging the sensitivity of the subject for Japanese viewers.” - bbc


I’m just waiting for Fry et al to come up with jokes about the 7/7 bombing in London. And how about the 11/9 ‘wall street crash’? Come on, the gals and guys of Qi are pretty good when it comes to humour - it’s on my list of ‘watchables’. Let’s hear a few good ones.

Now the more astute would notice that this is just Fry and bunch who’re guilty of the humourous misdemeanor, so why do i say the, ‘BBC’ makes light of terror attacks?

‘The BBC responded by apologising, acknowledging the sensitivity of the subject for Japanese viewers.’

It’s a case of giving with one hand, and slapping with the other.

It’s a case of giving with one hand, and slapping with the other.
In the ‘apology’, the BBC might be acknowledging that they were wrong, and so, ‘i’m sorry for being an asshole’ - or as the Brits would call the lower orifice, or people they dislike, ‘arsehole’. In that, they would be saying that making light of one of the first major terror attacks in modern history is pretty inhumane and that they should empathise with others as they would for their own.

But the statement continues with a, ‘...acknowledging the sensitivity of the subject for Japanese viewers.’ In this, the BBC is implying that there is nothing wrong with what Fry et al said, it’s just that the Japanese are pretty sensitive about it. So the fault lies in the Japs’ being sensitive about it, and not that there is anything to be sensitive about. If the Japs were smart enough, or not magnanimous about it, the BBC statement should piss them off further as this means that the BBC empathises with their ‘sensitivity’, NOT their ‘plight’. Screw the 250,000 innocent civilians whom the Americans slaughtered, they aren’t americans, or Brits. Pretty hypocritical mate.

But the fault does not just lie with the BBC or the west does it.

We saw how the world played ‘groupie’ and ‘roadie’ behind the so-called ‘greatest nation on earth’ after they got stiffed on 11/9 - (though personally i think it was the CIA, etc. They killed off JFK remember. People who can do that are capable of anything. ‘Lone gunman’ my ass.) But nobody bothers when it is the U.S. that is doing the ‘stiffing’. Perhaps the people of ‘Another World’ invest in better lubricant.

But that’s the perception of the world isn’t it. When the ‘celebrity’ nations get kicked, everyone empathises. When it is the rest of the world, precious few bother. It’s no wonder that the ‘celeb’ nations tend to undervalue others as well. Hence, once in a while, we get extreme responses to this such as terror attacks on the U.S., that has as its underlying statement, ‘we matter as much as you even if we aren’t white, the ‘greatest nation on earth’, or descendants of the victorious colonial horde’. Everyone all over the world are compensating for the blow to their self-esteem when the colonialists kicked ass in the ‘age of exploration’. Their donning ‘respectable suits’, even in bloody hot climates, evidences the degree of the pathology. Part of it sees everyone aping the west in everything - which is a good thing when it comes to democracy and technology. But another part of it also sees empathy being accorded in appreciable degrees to the west as opposed to the inhabitants of otro mundo.

I’m not supporting ‘terror’, state-sponsored or otherwise, but I have to wonder what is causing all this mess. So should you. 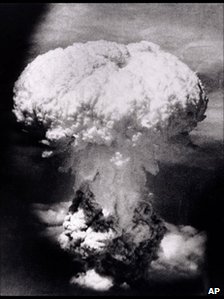