Jap earthquake: the emperor, the elite, and the 'charitable' 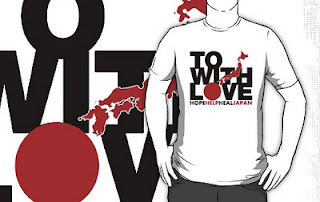 Jap emperor: "I sincerely hope that the people will overcome this unfortunate time by engendering a sense of caring for other people,"' he said in an address broadcast a short while ago. - bbc

ed: What beautiful words. Yes, so long as the ‘sense of caring’ that is engendered does not lead to people questioning after why this pampered git’s privileged status enables him to have more ‘care’ than others. The truth of the matter is, when the masses can care for themselves, dicks like him can sit on his throne and live of their toil and sweat - and also catch the first jet out when disaster strikes. So now the BBC tells us, in doubly bold characters, ‘Japanese emperor ‘deeply worried’. Oh, alright then, he’s a great bloke. What next, 'Japanese emperor experiences diarrhea because of his deeply worrying about the peasants'? What then, global donations of toilet paper, or bidets.

“Prices for private jets have leapt up as thousands of people trying to get out of Japan put in orders, Reuters reports. "I got a request yesterday to fly 14 people from Tokyo to Hong Kong, 5 hour 5 minutes trip. They did not care about price," Reuters quotes Jackie Wu of Hong Kong Jet as saying.” - bbc

...ask yourself how much of a disaster is man-made in this sense. How much lives are lost at times of disasters because of prior apathy?
ed: If it wasn’t for international donations, quite a few industries won’t be able to profit from this disaster as does the private jet industry. They can reserve their funds for ‘progress’, whilst making tons from disasters. So after the disaster period, they’re going to be more able to tell more of the people, ‘there is no such thing as a free lunch’. Quite rich coming from a group that sups on the flesh and blood of the living and the dead, don’t you think.

I would expect that the government provide free massive air lifts for people from all affected areas. I’m sure the ‘emperor’ will have no problem having his posterior hauled, via a silk-lined palanquin, onto the first flight out, and probably on his private jet.

I love disasters.   Especially if it lasts for ages, and the international wage-enslaved labour don’t donate a penny, paisa or pistachio for the relief of those facing the disaster. If this lasts long enough, perhaps the people might wake up and wonder where the hell their celebrities, emperors, queens, bosses are.

However, unlike the u.s.of A, I’m not into man-made disasters to effect ‘regime’ or system change, like they did in Iraq at the cost of close to half a million Iraqi child lives - and which the ‘greatest nation on earth’ said was ‘worth the price’...and people wonder why they get their asses kicked by terrorists - or the embargo on Cuba to sabotage their socialist cause.

...the opportunity to donate to a famous disaster is the way people tell themselves they’ve done enough.
I’d go with nature. When nature strikes, I’d urge the rest of the unaffected world to act in accordance with their capitalist, mutually alienated, inter-nationally antagonistic nurtured natures, and turn the apathetic cheek and prefer to spend their money on the latest rubbish Ipad 2 or winDOS 7 programme instead of spending a penny on some poor git howling away at a disaster-stricken arena. How else are they going to realise that the solution to their problems at times of disasters lies in creating a truly egalitarian society betwixt disasters? If they did, you can be sure that more initiatives would be in place to minimise death tolls when disasters do strike.

For instance, Wikileaks has just revealed that the IAEA had warned the Jap elite more than 2 years ago that “its nuclear power plants were not capable of withstanding powerful earthquakes.” [telegraph] But thanks to the elite being able to rely on global charity, they are allowing them to pick up the pieces with their donations. So then, ask yourself how much of a disaster is man-made in this sense. How much lives are lost at times of disasters because of prior apathy? The thing about the human ability to generate initiatives is that when you put a competitive and mutually-antagonistic system in place, the mind just won’t be able to generate as much initiatives for our fellow wo/men as it would if an egalitarian and humanitarian system was in its place. It’s not logically possible. And the demands, and compensatory and recuperative temptations that such a system places on people would simply not give them enough time or tendency to think much along these lines as they might in a more humanitarian system.

But we have to thank the elite don’t we.   If it wasn’t for such disasters, people won’t be able to practice being kind on an international scale right? Wrong. What’s actually going on here is that people are practicing being blind to how the system makes disasters more disastrous in terms of human lives. Whenever you do any good, ask yourself if such a good is actually supporting a greater evil. If it is, the good that you do is nothing but a subsidy for the greater evil to continue its work and keep the death tolls coming between and during disasters. If you’re not willing to think about such things after being made aware of it, and do something about it, then your ‘charity’ is nothing but compensation for the deaths you are responsible for. And your charity, then, is nothing more than an effort to convince yourself that you’re a nice little person because you took part in a prominent ‘charity’ drive of global stature. It’s like having your photograph taken with some dumb ‘celeb’. So now people can go around donning t-shirts that advertise their 'charitable' involvement in a famously infamous disaster. They become celebrities in their own right. But, in a nutshell, this 'charity' is nothing more than 'paying to feel good', and which, in turn, gives one the excuse to not give a toss about the disasters that ensue in our quest for our daily bread within the global nationalised, capitalised milieu. How nice.

The means by which an evil system is put up with in non-democratic states, is also the means by which we can learn to accept an evil state of affairs that is yet to be in more democratic and 'enlightened' climes. As I've stated before, an angel plying its angelic traits in hell only serves to strengthen its Mephistophelean overlord.
In truth, the opportunity to donate to a famous disaster is the way people tell themselves they’ve done enough. The more publicised the disaster, the more they will want to donate as it gives them greater stature as great human beings. That is what enables them to turn a blind eye to disaster creation, and other less famous disasters betwixt famous disasters. In that sense, they are no different from the above private jet industry that profits from the high prices during times when the demand to stay alive is high. It is typical of the chinese given that such a view is a product of their being accustomed to viewing top-down exploitation as 'like that one'(that's the way it is). But through 'charity', it is going to be typical of the rest of humanity. Just as we might get more opportunistic and charitable due to our failure to get rid of top-down oppression, we can also learn to become more accepting of top-down oppression through our practice of opportunism and charity.

The means by which an evil system is put up with in non-democratic states, is also the means by which we can learn to accept an evil state of affairs that is yet to be in more democratic and 'enlightened' climes. As I've stated before, an angel plying its angelic traits in hell only serves to strengthen its Mephistophelean overlord.

[personal note: Don't take this article as coming from one atop a moral high horse. Think it as 'inside information' from one of the devil's whores, who, having his conscience pricked, has decided to 'leak' some of said inside information. I've spent most of my life engaging in great good and great evil(in the mind) so as to understand the nature of either via the interrelationship of both, and, most importantly, the 'points' where both intersect. The perspective in this article, amongst others, is one of those 'points'.]