It is the Chinese, not the Christians per se, whom are addicted to ‘certainty’ 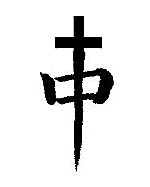 The following is ed’s comment on the article ‘Are Christians addicted to certainty?’ It has been elaborated upon below. The comment takes issue with the oversight upon which the ‘insight’ is based - which is generally the case amongst the chinese, i.e. personal experiences over a few decades, media productions, etc.

“Here's one common refrain I've heard from many of my devoted, church-going, Christian friends: "Life is simple. Why make it so complicated?


People who hold simple thoughts about life (or to be more precise, their religious worldview) probably do so for a few reasons:

1) They don't question much. They accept what is said at face value easily. This usually applies to kids and teenagers (I know, because I've been through that phase).

2) They question, but because they don't like what they find, they sink back into their comfortable shell.

3) They question, but because they acknowledge that there are no legitimate answers, go back to what they know.

4) They question, but because of peer pressure from the Christian community and the fear of losing one's religious routine, they return to their old beliefs." source

Funny, I've heard that a lot myself, not just from Christians, but everyone else as well in singapore - even more so from non-Christians actually. But then again, the last time i associated widely with christians was a couple of decades ago when i bothered with this church-going thing.

But to be even more accurate, 9 out of 10 times, it is the chinese, over 2 decades, as opposed to Christians. You'll have to take into account, gender, age, ethnicity, etc. Even back in the 70s, and early 80s, when i was an Alter Boy in the ‘Church of the Risen Christ’, Toa Payoh, it was mainly the Indians whom ‘complicated’ things whilst the Chinese just abide by the way things were. But the good thing about the chinese then was that they, unlike the Confucianised chinese of today, were very receptive of new ideas, adapted to some degree to difference, asked more questions, etc.

With Confucian Christianity, the church group turns into one of the triads in society. Their main role would be to serve as a social support and networking organisation in the face of society’s overarching failure to contend with the evils of the government. In this, they are Confucians first, Christians second.
So you might want to think how racial/cultural self-absorption amongst the chinese in singapore, engendered by the government’s pro-chinese fascist policies might lead to your hearing it quite a bit from 'Christians'. Being reared within a racist milieu, you'll have to be careful not abide by the perspective, 'when the chinese screw up, it’s everyone whom screw up. When the non-chinese screw up, it’s the non-chinese whom screw up. i.e. 'singaporeans' not having an opinion, 'singaporeans' being 'kia xi'(overly cautious), 'kia xu(afraid to lose)', where it would be more accurate to swap ‘singaporeans’ with ‘chinese.

There's quite a difference between 'Christians' and 'Confucian Christians'. With the latter, the stated tendency is exacerbated by the prefix. With confucian Christianity, the church group turns into one of the triads in society. Their main role, like triad societies, would be to serve as a social support and networking organisation in the face of society’s overarching failure to contend with the evils of the government via the chinese, ‘it’s like that one lorrr’, ‘don’t complain so much’, ‘why think so much’, ‘everywhere also like that one lah’, ‘why you so chong hei’(long-winded, referring to analysis) ‘philosophy’. In this, they are Confucians first, Christians second. Intrinsic to this is the subconscious awareness that nobody is to be trusted because everyone else is like oneself. That is why gangs are such a prominent feature in Chinese societies. Mutual alienation and antagonism, a feature and consequence of Legalist-Confucian culture, is one of its causes.

Unfortunately, in the efforts of the non-chinese to get along so that they might get a job, promotion, be accommodating - as Malays and Indians generally are, etc, they have generally become Confucian themselves for want of the room to express, develop, and not be marginalised for thinking different from the Confucianised chinese norm.

If we constantly assume our less than laudable traits to be shared by all, we’ll just end up depriving ourselves of other cultural sources of insight change. Some humility is required for that.
I certainly would not say that either Confucian Christians, or the chinese, are addicted to ‘certainty’. It would be more accurate to say that they are addicted to shortcuts and immediate gratification when attempting to understand anything, i.e. refer to the above ‘philosophy’ i referred to, and which serves as incontrovertible evidence. One can be certain when doing that, but one cannot be certain that one is doing right. But so long as everyone’s doing it, its right. Their addiction is not to ‘certainty’, but to their well-developed means of compensating for the consequences of their apathy and political impotence. A person who is truly ‘addicted to certainty’ is one who avails her/imself of the means by which s/he can be certain, and is most willing to engage in the learning curves that accompany it no matter how steep. That, I'm afraid, is not a descriptor of the Chinese throughout s.e.Asia, unless it results in money that is.i.e. take note, chinese new year, offerings to ancestors, funerals, are centred around money.

How else are we going to improve ourselves without a dollop of critical introspection. If we constantly assume our less than laudable traits to be shared by all, we’ll just end up depriving ourselves of other cultural sources of insight change. Some humility is required for that.

It is the overarching economic-cultural context that has knock-on effect on the religious. At least in the contemporary singaporean context that is. Then, when one looks at the four points enumerated above by 'irreligious', one will smile knowingly, look at the chinese, and shake their head in disbelief. It takes one who is truly ‘irreligious’ to realise that.


above artwork by ed