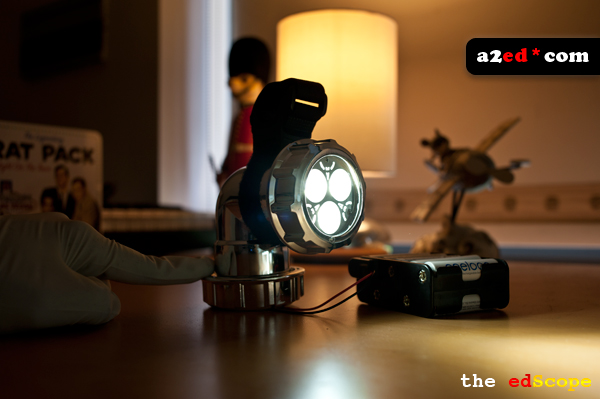 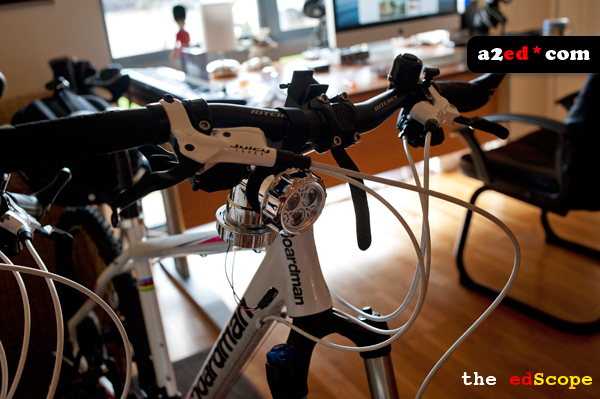 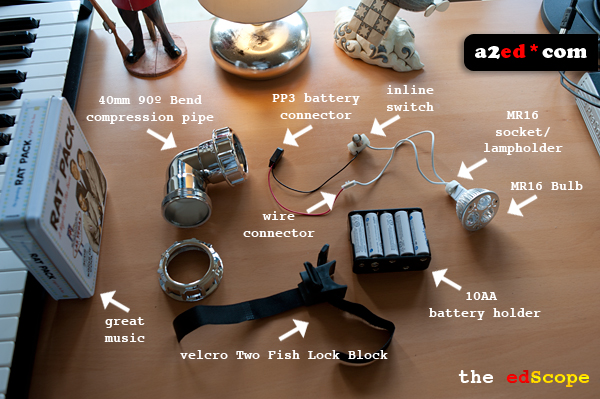 My aim was to come up with the simplest, cheapest, DIY design that required no soldering, no drilling, and takes about 5 minutes to assemble by anyone, and requiring just about no electrical knowledge.  I also wanted it to be easily taken apart and put in another housing if one just felt like a change in housing colour to match one's mood;), or if the housing got damaged in anyway.  The housing-change takes less time as it is just a matter of unscrewing the cap, pulling everything out as one piece, and sticking it in another housing.

One of the reasons why i opted for this open-ended (the other end of the housing is open) curved design was for ventilation purposes as bulb-life can be compromised by all-round enclosure.   Additionally, the bottom-side being open enabled me to stick a switch just inside the enclosure, thus taking away the need to drill a hole for it, and it shelters the switch from downpours as well.

As for ventilation of the bulb, the bulb has holes in it in the front, so the airflow through the bulb whilst cycling will mean that the cold air will rush in from the front, and the heat will be pushed out the bottom end.

The downside of this design is that if it rains, the water can get in  through these holes as well.  This, however, can easily be addressed to a significant extent by cutting out a transparent transparency and sticking it on the front over the bulb before screwing the cap on. When you choose a bulb, try to get those whose holes do now allow water to get in directly into the bulb itself.  I'm currently using a bulb which has holes on the outer edge of the bulb for the purpose of cooling the bulb's exterior. To increase its water resistance, all i have to do is to seal off the upper half of the bulb.  If water gets in through the lower half of the bulb, it will just flow down the pipe and out the other end.


The total cost, excluding the bulb and batteries amounts to £8.50, which includes 20% VAT (tax).  You might be able to get the parts cheaper elsewhere.

With the 'edscope', amongst other homemade bike lights out there, it is no more about the torch.  It's about the bulb.  It's not going to be a case of losing the whole torch if the bulb blows, or buying another torch because it is brighter than the one you have.   When you think about it, and do research on LED light bulbs and parts, you're going to realise that when you fork out a few hundred bucks or quid for a 'wow! so bright!' bike light, you're actually paying about a tenner for the light, and $290 for the housing.  Ripoff ain't it.  Ignorance maketh the fool.  People are going to get the impression that you have to pay more for quality without realising that the false association between 'quality' and 'high price' just means that you're playing into the hands of the profit-greedy out there.  That just make the high-priced brands that you proudly sport, not only a free advertisement for the company, but of your own ignorance.

With these DIY bike lights, as stated, it is all about the bulb.  Find a better bulb, just do a switch.  All this, 'my torch is better than yours' only serves to enrich those profit-greedy 'branded' bike light manufacturers out there, and pits us against each other.  I'm into collaboration.  Not competition - hence my socialist/communist approach toward life.  I could easily make this light more complex so that i can sell it.  But i chose to simplify it to the point that people can say, 'why would i want to buy it from ed when i can make it myself?'  Exactly.

That's it.  The 'edScope' is done.  Just need to stick the battery pack into a 'tri bag' on the top frame.  I'll do a pictorial and video tutorial on the construction of it soon.