police harassment of difference in singapore - in conversation 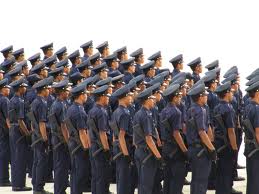 The following is ed’s reply to a comment by Mark (pseudonym. a singaporean chinese of exceptional empathetic stature) on police ‘spot-checks’ on minorities and those whom are different.  A more extensive and unabridged version may be found in the comments section beneath the article, ed racially harassed by police at changi airport.

“Haha well. The police claim that this is to be done to look out for criminals in the wanted list so as to arrest them back for charges. However, they always seem to target those "xiao pai kia" and those who look different. If they really wanted to arrest those people, they would conduct an operation or something along the line to search for those people. So the police claim doesn't explain why there is such a quota scheme at all. So it's plausible that this scheme is carried out to induce general socio-political resignation, fear and apathy. And I don't think there are significant number of fugitives or escaped convicts here. And you're right that even those well-dressed people could very well be a drug-dealer and consumer. So in fact almost everyone could be the potential to be one. Why not check on those who look very innocent? Very misguided of the police to continue doing this sort of things. What about those big boss involved in drug trade? So to make it short, if we don't commit any crime, then they should be seen, not heard! - source”

Yeah man.  Do the police actually think that wanted criminals are going to be sporting styles that are going to attract attention to them?  Common sense would dictate that said ‘wanted criminals’ are most likely going to be dressed like ‘the majority’.  Well, it’s a good thing that the major oppositional sites, blog aggregators, ignored this issue.  So the police can continue serving as fashion police or harassing those deemed to be different.

we must also be aware that police checks can border on or be motivated by racial/difference animosity because those whom are unleashed on the public aren’t usually well-educated, young, and hence, more likely to carry with them the biases learnt in secondary school and in society, which in turn goes into determining whom they ‘spot-checked’.There was, and to some extent, still is, the same issue going on in the u.s.  There was some fuss over perceptions that blacks commit the most crimes because of media portrayal, and police too ‘spot checked’ blacks most of the time.  But, statistically, it was proven that this was not the case.  The police only have to look at their stats to know whom they ought to target.  If they did, they might realise that gangsters and criminals do not dress like myself, and most aren’t malays and indians.  And if they are, they do dress in a particular way, especially gangsters.  For goodness sakes, even gangsters, from the 80s to the present, know that people like myself aren’t.  Perhaps the police ought to employ some gangsters to conduct seminars on this issue for their benefit.

But we must also be aware that police checks can border on or be motivated by racial/difference animosity because those whom are unleashed on the public aren’t usually well-educated, are young, and hence, more likely to carry with them the biases learnt in secondary school and in society, and which in turn goes into determining whom they ‘spot-check’.   And this is further reinforced by the fact that people are pretty much racially segregated in this country, not integrative, and there is general racism, taken as normal because 'the chinese are the majority what!', and xenophobia as well.  It is within such a climate that we can begin to understand the motivation behind police, public, perceptions of difference, and how the old chinese saying, ‘if a nail sticks out, hammer it down’, contributes to it.  In a nutshell, the police may be multiracially-comprised, but the enforced monoculturalism and discriminatory conditions without would significantly dictate their perceptions of difference.

for people to immediately assume that a person who is dressed differently is a ‘trouble-maker’ actually indicates that the populace is devoid of the individuality, creativity, and intelligence, to produce differently-dressed people whom aren’t gangsters and criminals. The ‘general socio-political resignation’ that is contributed to by what can thus, in the light of all the perspectives in this article and comment section, be construed as police harassment of difference, can be linked to the chinese ‘culture’ of frowning on difference.  In a country devoid of significant individuality, creativity, and intelligence, it can then be quite logically thought that those who dress differently are most likely to be ‘trouble-makers’ since, as stated, there isn’t much individuality, creativity, and intelligence, to produce difference of any other sort.

For instance, in the UK, people who dress differently are thought to be individualistic, artistes, thinkers, musicians, etc - as i most certainly am here, and which also explains why i’m never stopped here at customs or in the public.  Nobody is going to immediately assume that s/he is a ‘trouble-maker’.  So, for people to immediately assume that a person who is dressed differently is a ‘trouble-maker’ actually indicates that the populace is devoid of the individuality, creativity, and intelligence, to produce differently-dressed people whom aren’t gangsters and criminals.  Even when there are people whom are dressed differently, it is usually and obviously in respect of some contemporary and personality-less fashion.

In a nutshell, the police may be multiracially-comprised, but the enforced monoculturalism and discriminatory conditions without would significantly dictate their perceptions of difference.Hence, in such a climate, you could say that true individuality, creativity, and intelligence is curtailed to the traditional and local sense of the word.  You can say that the opposition also promotes this notion in the way those whom i met in the past reacted to me.  They, in contrast to myself, dressed as if they just got out of bed, or were dressed for some formal occasion.  It didn’t matter to them that i was more highly and relevantly educated than themselves.

Given this, we can began to appreciate parallels between public, oppositional, and police perceptions of right and wrong when it comes to personal presentation.  We are far from having an social experience in singapore that can plausibly explain it in a more positive light.  As V said in the comments section beneath the aforelinked article, "Even my mum also said ‘maybe they don’t like Ed being too different from other people and he is also Indian’.  That might be a more accurate summation of the perception of difference in the allegedly 'modern' and 'first world' state of singapore.