You sure you have a 'culture'? 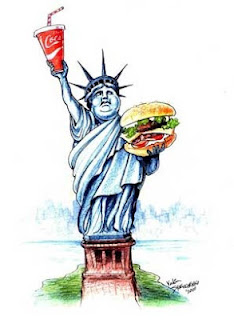 "It is the same with any other society had they been in the majority. For instance if Singapore was predominantly English then English would be preferred, so with German, French or any other racial group for that matter. It is natural for people of a race to be comfortable with others who are like them, especially a Chinese society which has an illustrious history. - gopalan nair: singapore, the final days for indians and malays. "

“It is also natural for humans to go beyond being comfortable with similar others and appreciate the fact that they can become greater in appreciation of difference than in ignoring it.  To so is a sign of maturity.  The inverse is nothing short of retardation.  Yourself being in the US, should be appreciative of this point.

As for the 'illustrious'-ness of Chinese history, i don't see anything 'illustrious' about a history where the masses just do as they are told.  In that, we can only talk about the history of the chinese elite.  People under such oppressive and suppressive conditions have no history.  They just exist as raw materials as do sticks and stones.  It is when people, and the chinese, realise this, it is then that they might become the determiners of their history instead of its victims, whom, as a result, will inevitably go about victimising others as a consequence.”


You sure you have a culture?

I do not like the term ‘culture’ being bandied about and used to justify respect for ‘our way of doing things’ just because we, or our ancestors, hadn’t the sense or circumstance to appreciate any other way of doing things.  Being able to 2nd guess our cultural way of doing things is, despite our penchant for the familiar, is one of the quintessential qualifications for our humanity (another one of ‘ed’s laws’.)  Just because you do what you do whilst on your hind legs, whilst adorned with contemporary finery, and armed with the latest iphone to carry on meaningless chatter with other equally-endowed primates doesn’t mean that it out to be accorded the term, culture.

Culture also excludes all those ‘cultural’ practices that arise because the main focus of our ‘culture’ is coping, consumption, and reproduction.  For instance, gambling, is a consequence of our being focused on coping, consumption, and reproduction, and not philosophical-socio-political matters from a non-self-absorbed vantage.  In other words, gambling, for instance, is a consequence of people living like animals (not being well-versed or interested in philosophical-socio-political matters from an empathetic vantage....all of which comprises true pragmatism and qualifies a culture as a culture, and a human being as a human being).  It is a by-product of living like an animal.  You could say that whilst these by-product results of primitive focus looks and smells like culture, it is more an indication of a failure of it, and the degeneration of a people.

You could say that a ‘culture’ of eating, shopping and gambling, is the creative result of the degeneration of a people’s humanity.  In other words, it is the last vestige, and manifestation of a people’s creative and human impulses of a people whom have been so reduced in their humanity that this is the best that they can think up and appreciate.

I’ve been inclined to think in recent years, that the bulk of contemporary american films and music, for instance, also qualifies as the best that a degenerating human being can produce.  You can’t get rid of a human being’s creative impulse, but you can reduce a human being to an animal state with creative impulses and then produce what the americans of today produce.  In other words, give an animal the creative faculty, and they become americans.

Each developmental stage has it’s own ceiling on intellectual, empathetic, and creative produce.  But the best that one can produce in each stage isn’t indicative of the best that human beings can produce.  Ascending to higher stages will open new developmental curves.  But if we don’t, then people will just end up being the proverbial frog in the well and confusing the circular sky for the sky in its entirety.


So how do we determine if we have culture or not?

Very briefly, a true culture is that which has an inbuilt tendency to overthrow itself.  This does not include external attempts to overthrow it like colonisation and assimilation.  I’m referring to internal mechanisms that constantly lead people to question after the value of their culture, and the ability of the culture to take on board new and changing circumstances without attempting to assimilate everyone so that they can carry on thinking and doing things as did their ancestors a 1000 years ago.

So you sure you have a culture?