Can Welfare Systems be Too Generous? 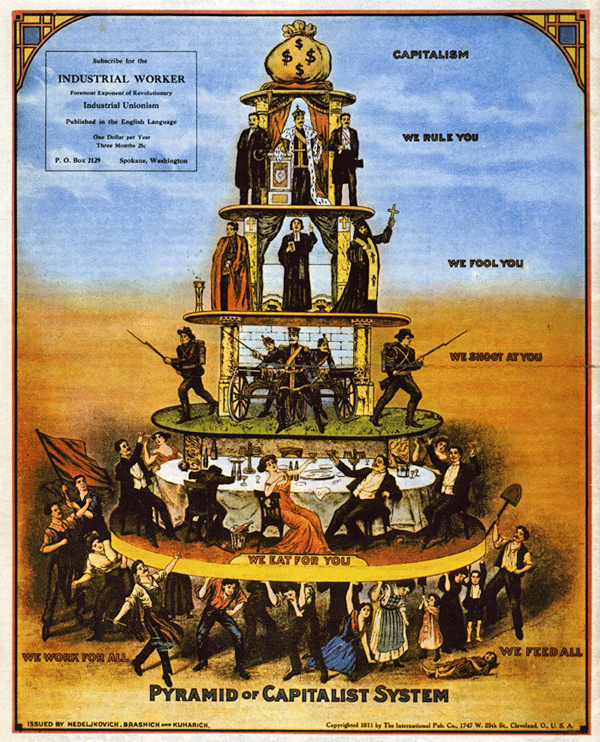 “As far back as the 1800s, single mothers were receiving benefits. At that time, they would be paid up front and in cash, but were they better off than today?

It's a perennial issue every government has to grapple with, whatever its political persuasion. Is the welfare system too generous?

The Welfare Reform Bill, currently going through parliament, is this government's attempt to introduce what it says is "a simpler and fairer" system. But proposed cuts will hit the poor hardest, argue opponents.” - bbc

welfare = ‘far more than is required for sustenance, and enough to ensure that others are deprived, and enough to enable one to subjugate and exploit the rest.'But when the question is asked within a capitalist scheme of things, and especially when it is taken as a divinely mandated system, the question, ‘Can a welfare system be too generous’ means, ‘if the amount that is given to the people does not allow corporations to have more than the people; does not allow corporations to afford to fight it out with other corporations for more; and does not allow them to acquire more and subjugate more of the masses as employees - which is the modern variant of the former serf and slave.  The title may have changed, but the function hasn't.

If you want to talk about ‘hand-outs’, it is the elite, the so-called royalty and celeb, overpaid government ministers, etc, whom are receiving too much welfare.  In other words, welfare = ‘far more than is required for sustenance, and enough to ensure that others are deprived, and enough to enable one to subjugate and exploit the rest.'

So what’s welfare, when it comes to simply giving people their medical, education, and housing, compared to the welfare the people hand-out to the elite?  So when some say, 'we are not a welfare state', or speak out against it, i'd like to see them prove that it isn't a welfare state, or they haven't benefited from it by showing me their bank balances.

Looks like our welfare system is indeed too generous with certain sectors.