A conspiratorial view of the London 2012 Olympics 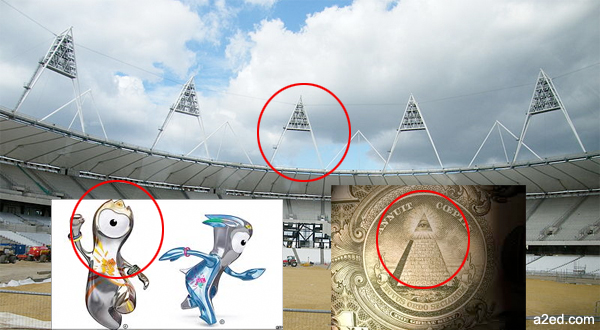 I don't understand why it took £400,000 pounds to 'design' the London 2012 logo.  I recall there being quite the uproar when the 'design' was presented to the public.  Everyone and her/is dog knew that it was pure crap at its worst. 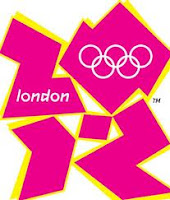 But, the British people didn't have their way, so they just moved on to doing celebratory cartwheels because the Olympics were held in the backyard of their decrepit and disempowered lives.  Pretty peasant-like attitude don't you think.  I can picture two serfs from different regions in the historical past arguing with each about whose Lord has the shiny boots so that they might be able to feel superior to the other - whilst forgetting that if their respective Lord's boots are shiny, its because he gets them to lick it clean on a daily basis.  That applies to all those morons who cheered, orgased and swooned at Trafalgar Square when it was announced that London had been chosen as the next venue for the Olympics.

I've been asked by quite a few of these morons, both in the UK and in Singapore, if i'm going to the Olympics since i'm here in the UK.  "Nah", says ed, "They might be televising a good movie that night.  And I don't see the thrill in watching a bunch of fools competing against each other to see whose nation has a bigger dick."

Anyway, about this logo,

I either assume that the bad logo design was just the effort of a design team of 10 year olds, or that there is some hidden meaning to it.  I mean, this is the UK.  I've seen quite a few excellent instances of creativity and intelligence.  Empathy is pretty high; multiculturalism is running pretty rampant; and difference is highly marketable and attracts interested looks from chicks...ahem.

So how is it that such a f*ckUgly design, or more accurately, a design that is completely devoid of aesthetic and creative value, can be produced, and especially for such a prominent event?  And why is it that they still stuck to the logo despite public protests?  Well, one possibility is that it is symbolic.  There is some meaning hidden in it.  Another is, it could just be an effort to teach the public that whilst their freedom to criticise and express their ire via a plethora of placards ought to be respected, there is no reason why it should change anything.  After all, the road to political apathy and the self-absorption it takes to reinforce it, is paved with the elite/corporation not giving a fu*k about public opinion from the small issues to the big, from the trivial to the significant, from one arena to another.

Overtime, people are going to move on to not bothering to say anything, and then later, to not bothering to think anything other than the mundane.  It is already obvious in quite a few arenas from consumer issues to socio-political ones.  But most importantly, if the elite can still get the public to get a thrill over the event even after disregarding their protests; when it is clear that it is the corporation that makes the most out of it whilst the people, like the serfs in the first paragraph comparing the dick sizes of their respective lords whilst being impotent themselves;  that despite the cuts this country is currently facing; then it basically teaches the people to not bother about their own viewpoint and just go with the flow of the festivities - like those fools did in celebration of that privileged plonker, William, and his chick, Kate.  It basically teaches one to develop a healthy sense of self-disrespect.

Alright, if you're thinking that I have some other conspiracy-like theory as to its meaning, the above sociological/psychological reason is the only one that occurred to myself.  But it's still interesting to see other theories on this subject.

I'll have to state from the outset, before you watch the videos, that the claim that the logo actually spells out 'Zion', and is therefore a pro-Zionist statement seems pretty weak.  If you rearrange the numbers, 2012, to 2102, and tilt the last number 45º clockwise, it's also going to look like 'Zion'.  So does that mean the year itself is pro-Zionist?  Very stupid i think.  However, the dot above the 'n' in the logo does make one wonder, and perhaps, admittedly, adds some credence to the claim.  Additionally, i do find it quite disturbing that the stadium wherein the Olympics is being held is fringed by the 'Illuminati' pyramidal symbol.  Put this together with the PM's office address being '10 Downing Street' and the 33rd degree Supreme Council office of the Freemasons being not too far away at '10 Duke Street'.  Put this together with quite a few members of the British Royalty, Corporations and Government being members of the Freemasons, and one begins to wonder, or ought to.


I'm not implying that conspiracy theories, or the ‘Science of Conspiracy’ as i call it, is dumb as a whole because of some misinterpretations.  Certainly not.  But we must understand that since this legitimate field of inquiry not been institutionalised as an academic field, anybody can come up with their own theories with the minimum of thought, study and exposure.  Hence, we must be able to pick out the bad ones so that the rest aren't tainted by association, and the scientific value of this field is maintained and enhanced.  Alright.  Check out the following.

First, the broadcast 'view' of the logo

And here's a longer 7-part one,

Well, that's it for now.  You can take a look at youtube for more of these vids.  Type words like, 'conspiracy', 'illuminati', 'bilderberg group', 'rothschild', '322', or 'freemason'.  I wouldn't say that all of it sounds plausible.  But i would give them credit for, in the overarching sense, pointing us to that which is less visible but of more significance than that the almighty billboard and the rest of the mainstream media.  Generally, it can tend to make you 2nd guess things instead of just imbibing.

As we are on this logo topic, just as a side-note, i'll leave the reader with my own just-for-fun design for the 2012 Olympics I did some years ago - modeled on the London Tube, with the year, 2012, being presented as the 'time' for the next Olympic stop. 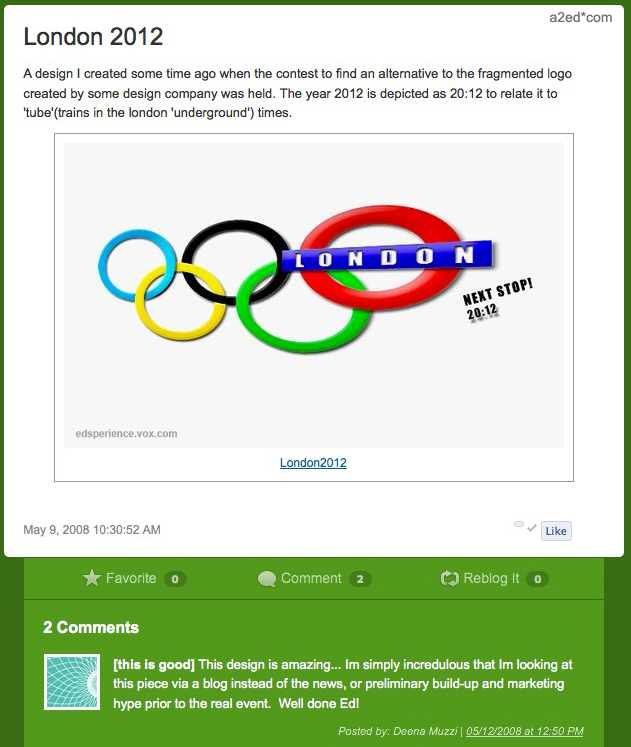 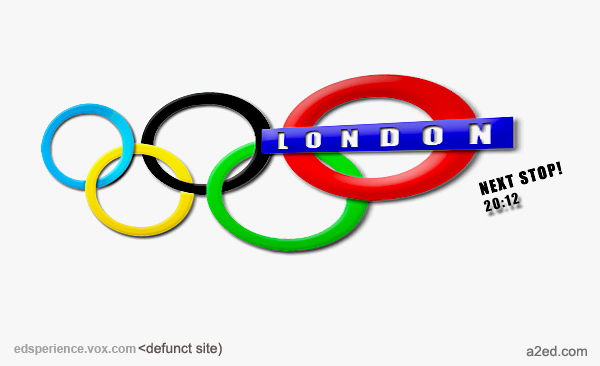