Does Software piracy in the 3rd world pave the way for Corporate piracy? 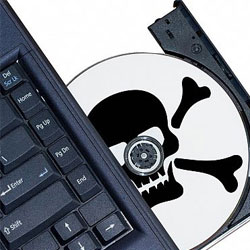 Software piracy cost the industry a record $63.4 billion globally in 2011 with emerging economies listed as the main culprits, an annual study said Tuesday.

This was up nearly 8% from the previous record of $58.8 billion in 2010, the Business Software Alliance (BSA) said in the study.

In the Asia Pacific, which comprises several emerging economies including China, bootleg software usage also cost the industry an all-time high of $21 billion last year, up 12% from 2010, BSA said. - source

I don't see what the fuss is about.

I’ve also known people in the past who purchased pirated software, and when i asked them why they did so, they would say, ‘Oh, just want to get the skills so i can get a job (in the relevant field)’.  Unreasonable isn’t it.

And if you really think about it, if the people whom contributed to software development were to be fired, do they get royalties for it?  No?  Reasonable isn’t it.

And anyway, if this much can be lost through 'piracy', and the software corporation can still make billions, by how much, pray tell, have they been overcharging people?

Oh, by the way, i’m not supporting ‘piracy’ here.  I’m just directing consideration of the entire picture, which might indicate that the definition of ‘piracy’, to date, is quite narrowly defined.