'The Aging Population Problem' is a Myth 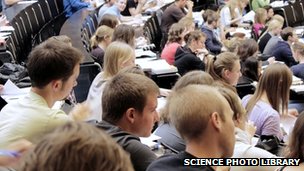 Younger people in the UK are losing out financially and politically to older generations, a report claims.


"Whilst government borrowing and pension debt have increased steadily, there has also been an increased shift in favour of the older generation through higher charges for education, rising youth unemployment and high housing costs.

This is a strange sort of way to look at things.  Well, it’s to be expected when one wants to leave the capitalist system untouched.  If we want to leave the main systemic cause untouched, we have to lay the blame on the consequences of the system.

The elderly have paid for their continuing upkeep in sufficient luxury from the amount of money that was extracted from them when they were working.It is very strange indeed.  In the pursuit of an egalitarian society, we identify all sorts of social divisions that exist, like race, gender, etc, and say that there must be equality amongst all regardless of these divisions.  Then after addressing said inequalities, the elite can’t get people to blame another race or gender for the loss of their jobs and promotions, or the strain on adequate public services.

To some of this nonsense, i’ve retorted, ‘I don’t see any financial strain with a growing aging population.  They paid for their continuing upkeep in sufficient luxury from the amount of money that was extracted from them when they were working.  The question is, where is all that money that was taken from them?’

In favour of whitewashing capitalism, they pit the people against each other, via international soccer matches, olympics, to, nationality, race, culture, gender, and now age? Whilst privileged parasites like celebs, royalty, the capitalist elite, sports-stars, remain untouched? For goodness sakes. - direct link