EU or Not : British Isolationism and Identity 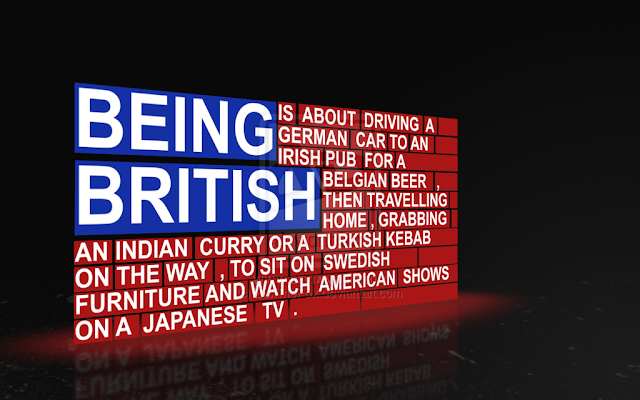 David Cameron has said the British people must "have their say" on Europe as he pledged an in/out referendum if the Conservatives win the election.

The prime minister said he wanted to renegotiate the UK's relationship with the EU and then give people the "simple choice" between staying in under those new terms, or leaving the EU.
The news was welcomed by Eurosceptics who have long campaigned for a vote.


ed: What pray tell is 'British Identity'?  Isn't the UK a fusion of celts, angles, jutes, vikings, roman, saxon/german, etc, etc?  Or do you think the angles and jutes should have resisted all the cultural input that came.  Would that be the true 'British Identity' then.  Your own 'royal' house is off German origin itself.  Or didn't you know that. Saxe-Coburg Gotha ring any bells?

Anyway, the moment Britain profitted through the colonial exploitation of other lands, it effectively relinquishes its claim to isolationism as others from colonial lands immediately become shareholders of the UK.  Think about it.

Thirdly, 'British culture' should be the fusion of the best elements of all cultures.  Call it cultural colonialism if you will.  If the Brits can gain greatly economically through the age of colonialism and exploitation, why not do it in the face of difference and culture eh.  Go on.  Get past your childish insecurities will you.  For goodness sakes, do you want to end up like the monocultural, self-absorbed, shallow, racial/cultural supremacist fascist beast that is China for instance?

Finally, for all those simple minds whom want to hold on to 'British Identity', the concept of a EU is also of a similar ilk as it attempts to keep the EU 'white' by excluding the rest of the world.  This might not be the intent, but it indubitably is the consequence.  It is xenophobia on a regional basis.

I for one, take all cultures as potential perspectival input.  That's what it is basically.