Putting it in this context, if all cyclists in the races Lance Armstrong took part in was to self-dope, and Lance still won gold, wouldn’t that still mean that he has an added innate ability to win it over others whom also self-doped?

Where one takes an uncommon or ‘banned’ type of supplement, the supposed equality between competitors is diminished.  But that is essentially the case all the time whether it be in terms of different amounts of training, types of supplements, perception of self-worth, perception of national self-worth (i.e. ‘i’m from the greatest nation on earth’ syndrome), etc, etc, isn’t it.

When all is said and done, the problem with Armstrong is not that he self-doped, but that others didn’t do similarly.  I’m not saying that i support doping.  I’m just saying one wo/man’s sin is relative to the degree to which it is practiced by all.


It’s all a bit hypocritical actually.  People want to feel good through the achievements of a national other.  They want to say ‘we won’ when one individual amongst them wins a Gold or any other internationally-recognised accolade so that they can feel significant vicariously.  So they don’t want to say, we won because of this or that dope.  They want to say we won because we are americans/chinese/french/etc.  Or to claim the victory for ‘our nation’ or ‘our culture’ and not this or that dope. 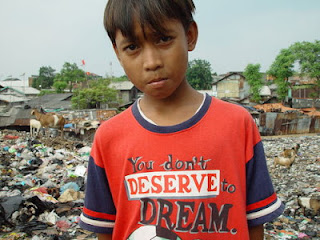 If people were to think about it, considering the number of golds that are won by economically advanced or rich nations, then they’d actually have to say that they won it because they had the resources to do so.  That’s ‘doping’ as well isn’t it, in terms of having an added advantage over other nations delivered via economic advance and belligerance.    But they just ignore such factors.

But this doping thing is too obvious an ‘added advantage’, so they condemn these athletes because they aren’t able to continue to take credit for their achievement.  There are many types of inequalities that sees gold medals being delivered more to a particular set of nations instead of others.  I don’t see why that isn’t an issue but this is.

The Armstrong issue is just a more blatant example of other forms of inequalities that people generally pay no mind to, but still rely on for their victories on international stages.  And that's basically what people don't like about it.