The Oscars is for Losers 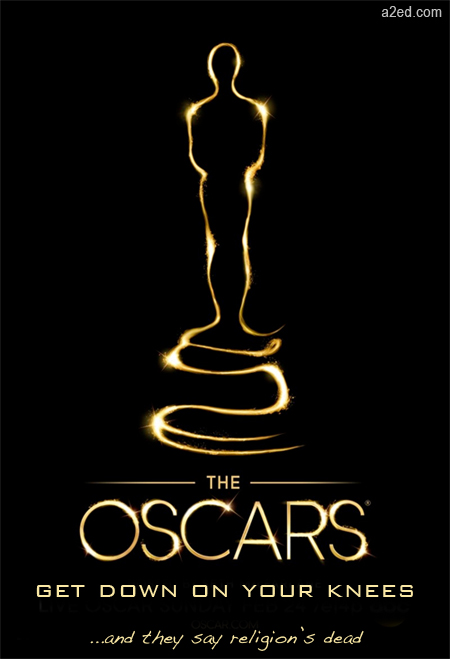 The Oscars serving as a 'welcome distraction' from the global economic mess?  I’ve heard quite a few people of voting-age making this comment online.

Well, If it wasn't for society worshiping and paying these celebs/royalty/elite/pop-stars as much as it does, we wouldn't be in this economic mess, we would have found a cure for HIV, and thousands of children won't be dying daily from starvation, poverty, contaminated water, and disease.  People are just reinforcing the foundations from whence arise consequences they bemoan.

People talk about the entertainment industry making their economy (i.e. The U.S. and to a far lesser degree, the U.K.) lots of money, but forget that this singular ‘economy’ they speak of is actually divisible by class.  It is the industrial elite/royalty/celebs/actors/pop-stars whose ‘economy’ is being enriched.  You just get pennies in exchange for their pounds mate.   Religion is certainly the opiate of the masses, especially where it specifically extolls the virtue of  privilege over the thus-created peasantry.  In that sense, whoever wins at the Oscars, you still lose.

People should really learn to connect the dots. All the fanboys/girls can give this the thumbs-down now.

It takes a great deal of self-disrespect to worship the 'stars' and be a 'fan'.  I'd rather Gods whom teach us self-respect for our potentials than those that misdirect or make less of them.