Should there be minimum pricing for alcohol? 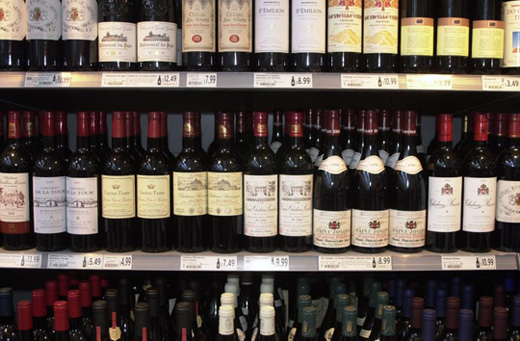 Labour has accused the government of "weak leadership" after it emerged plans for minimum pricing of alcohol in England and Wales may be dropped.

Conservative ministers are understood to be split over a proposed 45p per unit price to tackle problem drinking.

Tory MP and ex-GP Sarah Wollaston said: "We have to set a minimum below which it's unsafe to sell alcohol." Labour said it was a "humiliating climbdown".
- bbc


Andy: On principle, why should I have to pay more for alcohol just because other people don't know when to stop?

Pete: why should the responsible have to pay for the mindless minority?


Ed: I don't think we should be dividing ourselves between those who 'drink sensibly' and the 'irresponsible drunks', and arguing that the former should not be paying for the latter. That's exactly what the 'divide and conquer' strategists want.

Instead, lets talk about how the gov, or Labour in this case, is seeking to further profit from the addictions they profited from in the past.

Let's talk about how the class divide tends to coincide with the division between 'responsible' and 'irresponsible' drinkers.

Let's talk about how we can can address the 'British' culture of alcoholism.

Let's talk about why coffee outlets are shut at 6 whilst pubs remain open till 11.

Let's talk about how 'Labour' might be redirecting our attention from all these points by making it a 'the government is exhibiting weak leadership' issue by backtracking on imposing a price increase.

I don't believe in getting rid of alcoholism by putting more money in the pockets of the elite.

Ed: Slight increases are purposed to take advantage of addictions since the greater need will probably outweigh the said slight price increase. People would just end up making cuts elsewhere to continue to afford it.

What the government is effecting here is actually a long-term strategy of getting the people accustomed to 'slight increases' so that they would put up with great increases when all the slight increases over the years are tallied up.

Chris: As a bar owner minimum pricing is a welcome step. the License trade in this country is being killed by so many taxes and legislation, it's about time the off trade gets some. Minimum pricing will stop people pre drinking and side loading - the majority of people who fall down or pass out drunk dont get that was by drinking in the pub or club, they get it from going into tesco, downing half a bottle of cheep vodka and then talking into a pub or club, buying one or drinks before that half bottle kicks in and ending up on the floor or in the back of an ambulance.


Ed: Chris, Kind of defeats the purpose doesn't it. So it'll encourage more drinking in pubs as the price-gap will be reduced. What is the goal here, to reduce drinking or reduce drinking outside of pubs. We need to address the problem of drinking too much, not redirect drinkers to pubs because Tesco's isn't that much less pricier than pubs right.

Chris: drinking in pubs is far better than drinking at home, your drinking for social reasons not just to get drunk, we serve you 25 or 50ml of alcohol at a time (whereas the average home measure is about 80mls) you will also get cut off when you've had too much and given water etc. I'm talking about "good" pubs btw, not those who flaunt and ignore the rules, they should also be cracked down on.

The goal is to reduce unsafe drinking by limiting access to mass quantities of bad quality spirits. If some jobless chav can't get drunk on his £2.99 3 liter bottle of white lightening I dont see why thats a bad thing?

Ed: Hi Chris, so we're supposed to drink at pubs so that we can get cut-off when we've had too much, and pay more for the privilege of being told that i've had enough? If we're going to take that 'nanny' approach, why not just ration the amount of alcohol anyone can buy at the supermarket.

Ed: Some might classify me as a 'responsible drinker' as i don't have more than one shot of whiskey per night at home and a 1 litre bottle of Famous Grouse lasts me about 3 weeks to a month.

I try to steer clear of pubs as one might drink more to 'get along'. Being part of a group means buying your round of drinks - which is good - but which means in a group of 5, i may be downing 5 pints as opposed to one to 'get my money's worth' or to let others be fair and buy me one as well after i've bought them one. Hence, i don't see directing traffic to the pub as opposed to Tesco's as a significant solution.

Personally, i'm all for transitioning the traditional British pub to a pub-cum-coffee outlet. -