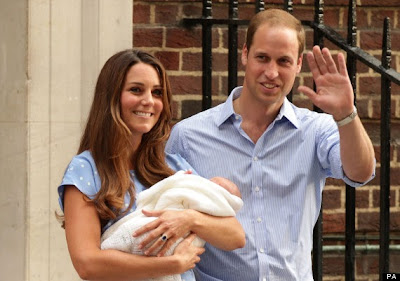 The Duke and Duchess of Cambridge have named their son George Alexander Louis, Kensington Palace has said.
The third in line to the throne, who was born on Monday at 16:24 BST, will be known as His Royal Highness Prince George of Cambridge. - bbc

I don't see why a child born in poverty imposed on her/him from on high should simultaneously compensate for it by celebrating the birth of a child who's going to do likewise to her/his children.

I pity the 'royal' child that he has his position as 'exploiter' assigned to him from such a tender age and without choice.