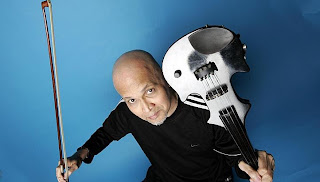 How the hell can this happen. It's so sad. What's sadder is that they never had much appreciation from singaporeans as they had lots of soul. Fantastic blues band. And definitely the best band singapore ever had, or ever will have. I know what i'm talking about.

I am one of those privileged enough to hear them play their own impromptu compositions at Roadhouse on slow nights in the early 90s when i was there as a bartender. They would go on for a whole 45min set and it would a continuous tune which they would just come up with on the spot by being inspired off each other. Atwell told me quite a few times than, and whilst they were playing in Crazy Elephant and other locales that they always preferred to play their own stuff, but they were told to play what turned the audience on. I, for one, was 'turned on' by their own stuff rather than what brought in the dosh.

In the land of the blind, Atwell, and Heritage, still wrought great works of art.

He inspired me to pick up the violin, and introduced me to his teacher as well. He also gave me a couple of blues harps which i still have.  Nice guys. Ashley (the bass guitarist) would be on his own now. The band is done. Never really appreciated in Xingapore. They should have been here in the UK. I've heard a few blues bands here, and Heritage is certainly better than them. They would have met with deserved success here.  However, much credit to Heritage, and Atwell, for continuing to their beautiful thing despite the aesthetic desolation of the country.  In that, it is their greatest victory.  In the land of the blind, Atwell, and Heritage, still wrought great works of art.

On a personal note,

Heritage brought me further into the psychedelic form of music with their profound and highly individualistic styles. They - Ashley, Atwell, Gordon - were one of the significant milestones in my life in my musical development. Hence, to them, i owe a great debt. Hence, this little dedication - of a song i wrote - of what might not have been if it wasn't for them. Heritage, and Atwell Jansen, has most certainly been a part of my developmental heritage.

My soulfelt sympathy to all the family.