On ‘terror apologists‘ and ‘being British’ 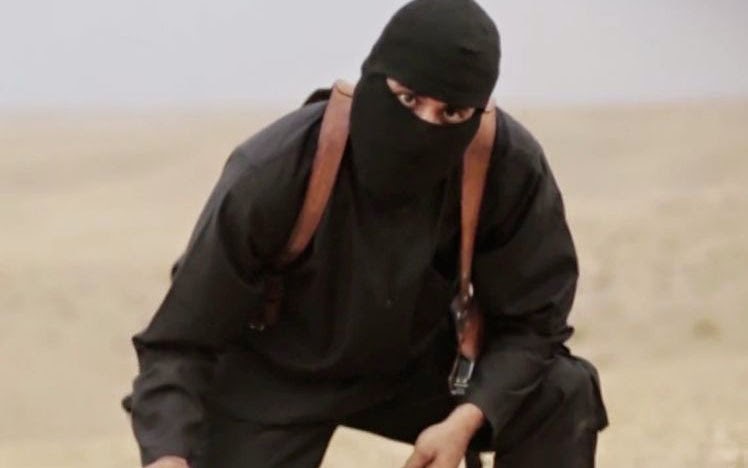 "Apologists" for those who commit acts of terrorism are partly responsible for the violence, Philip Hammond has said. - bbc

Flipmode (211 likes): This just goes to prove these apologists will never agree to our way of life, so why are they here?

It always the same religious group blaming everyone else for the barbaric acts that THEIR people carry out.

Yet , they only ever speak out when they feel like it, you don’t hear a word about the beheadings,child abuse etc etc,

They seem to except that as the norm.

Alan (171 likes) : Who is to blame that Emwazi did not think the he belonged in the UK ONLY Emwazi. ALL those from ethnic minorities, especially those from Middlee East, Pakistan and Bangladesh, must embrace british culture.
Keep their religion but discard all the closed community culture.


Aphoristic (1 like): Again all the most accurate views today are the "lowest rated"...
It's a bit of a right wing Daily Hate sleaze fest on HYS today....
Was there an IS before we invaded other countries? NO! The West created the conditions which gave birth to IS, Al Qaeda.
So we're supposed to forget and/or deny this now are we? "Ministry of Truth" in action.
Saddam, Gaddafi etc evil but were were preventing this!!


Donkzilla (1 like): UK security services made Jihadi John the nutter he is today. Same story with ISIS. Blair and the BBC supported US lies about Saddam's weapons of mass destruction because Saddam was selling oil in euros instead of dollars. Those lies and the invasion of Iraq helped make ISIS. Now we're being spoon fed lies about Russia because Russia is selling oil and gas in euros.

Watch the truth get censored!

Ed (1 like): So a person who talks about how the HIV virus spreads is a 'HIV apologist' or 'HIV sympathiser' i suppose.

So long as we acknowledge that every effect has a cause, than we cannot but wonder after western contribution to the rise of 'terror'. Plugging the holes require identifying them. That doesn't mean i caused them. Get objective.  People are more focused on the horrendous means by which ‘Jihadi John’ (Emwazi) plys his trade ( I personally think it grossly psychotic and baulk at even picturing what he did.  Insane how one human can do this to another.), and not on the more quantitative killings perpetrated by the west albeit via less horrendous means (but is relatively ‘alright’ and ‘worth the price’ because no necks are being sliced.  This, however, it appears, can give rise to the kind of psychosis as exhibited by Emwazi, )

What we are seeing is the colonial racist mentality in new forms.  They used to term as ‘savages’ those whom resisted the colonial musket with a spear.

It’s clear that we have reached the Inquisition stage of the current version of modernity in ideology dominance and reinforcement.

At the end of the day, those people who go to join Islamic militants do so because they have yet to buy into the double standards of the British in how the British treat those within the UK, the US, and the EU, as opposed to those without.    In other words, a few thousand americans killed during 11/9 = bad and deserves retalition.  But half a million children killed via embargoes in Iraq by Britain and the US via the UN Sanctions committee = worth the price (words by Madeline Albright, the US ambassador to the UN).

So what is ‘being British’?  Having one standard for those within and another for those without?  Thinking that we have the right to retaliate when they kill a thousand of us, but those who retaliate when we kill a 100,000 of theirs are ‘terrorists’?  Not bothering about what our popularly installed governments do to others so long as they don’t do the same to us?  If that is ‘British’, then my problem is I’m more objective, egalitarian, and empathetic than ‘British’.

It’s clear that we have reached the Inquisition stage of the current version of modernity in ideology dominance and reinforcement.

In brief - and despite what western intellectuals have to say about the ‘modern’ phenomenon - modernity is where we have reached a high point of a particular type of civilisation where a particular ideology or/and region dominates.  At this point, consequences emerge as resistance to it, i.e., in present times, ‘terrorism’, crime, etc.

That is when the Inquisition stage comes into being where efforts are made to not only put it down, but to deny anyone the right to objectively and scientifically scrutinise, understand, and explain it lest the dominant powers are made to look bad.  History, facts, figures,  a scientific and objective analysis of it, etc, are all denied as the dominant powers strive to position themselves as without contributory sin or culpability so that their agenda, dominance, and supremacy can continue with impunity.

Let those who didn’t contribute to the emergence of the evil within another cast the first stone.