The Fundamental Cause of 'Terrorism' 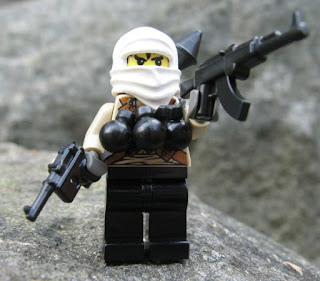 Well, what is said in the above statement is not untrue. But what is not said is that the Tsunami from the seas that flood the shores of the w.Europeans is caused by a boulder tossed by them.

In a sense, this agitation by these so-called 'terrorists' is actually a call for 'accountability', or a result of the absence of it.  Basically, if a government wants to involve itself in the socio-political-cultural climate of a region, determine the composition of its local authority, impose sanctions and life-threatening embargoes, the populace needs to be represented in the associated parliament that government hails from, and the borders of that nation-state must also be opened to those fleeing the evils of that state or the viciousness of the sanctions of the meddling state.  The peoples of the meddling state cannot be relied upon to exert humanitarian and effective pressures on their governments because they are more forgiving of their governments when they do greater evils to others than they would be if it was done unto themselves.  If their governments were to impose sanctions on their own people that led to droves of deaths, the people might take up arms.  But if the if their governments did likewise to others, at best, they would just brandish placards on a Sunday before knocking off for their Sunday roasts, barbecues and pints at the pub.

‘terrorism’ is a result of a conflict between the idea of the nation-state which imposes accountability on those who want to impose responsibilities, sanctions, and burdens on the people within that nation-state, AND that same nation-state doing exactly that on the peoples of another state without being accountable to them.


Just as you can’t impose taxes on a nation whose people are not represented in your parliament, likewise, you can’t impose burdens on them either without according them the selfsame rights as you would the citizens of your own state.  In this sense, ‘terrorism’ is a result of a conflict between the idea of the nation-state which imposes accountability on those who want to impose responsibilities, sanctions, and burdens on the people within that nation-state, and that same nation-state doing exactly that on the peoples of another state without being accountable to them.  The United Nations is a farce in this respect, as it gives a voice to heads of states whether or not they are democratically elected, or installed by foreign governments.  In effect, the latter bypasses the people  and recognises colonialism by proxy.  And the 5 Permanent members of the UN Security Council, the de facto rulers of the earth (Russia, China, France, UK, US) are historically the greatest belligerent and colonising nations of recent history as well.  And there again, colonialism by proxy. 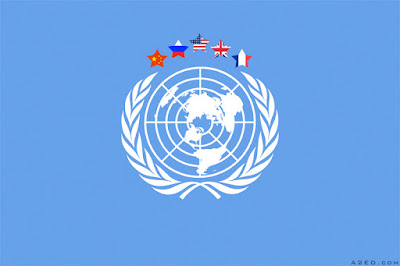 In the light of the above, the reaction of these ‘terrorists’ is, therefore, a consequence of such a system.  They themselves do not seek such representation in the parliament of the meddling state or the UN as they are trapped within the mindset of nationalistic thinking themselves and it wouldn't even occur to them to do so.  Hence, the desire to form ‘caliphates‘ or greater ‘Islamic states’.  They are a mutant form of ‘freedom fighters’ who’ve become as such not because of their ‘nature’ or ‘religion’ but because of a self-serving Eurocentric global political infrastructure that does not give true voice to the people of the Earth, and especially if you’re not a citizen of the states whose posteriors are permanently affixed to the seats of the UN Security Council.  The political, and hence, perspectival infrastructure, to prod them to even began conceptualising the possibility of demanding representation within the meddling government or within the UN does not exist.  Where could the fathers and mothers of half a million children slaughtered by the US and UK via embargoes - a silent bomb as devastating as that which decimated Hiroshima - in the decade preceding the attack on the Twin Towers in New York turn to? 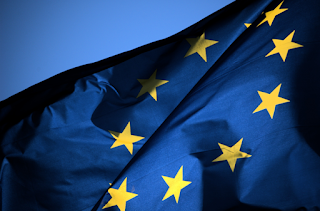 In fact, the formation of the EU has as one of its consequences, if not one of its blatantly stated intentions, a closing of European borders to peoples whose lives they might continue to meddle in without accountability to those peoples whilst minimising a possibly disgruntled diaspora from those states within the EU.  Hence, the progression of some of the disgruntled to armed militancy to circumvent this gross deficiency in the western geopolitical system as it currently stands.

So the influx of these people into a colonial state via migrations of refugees and the ‘terrorism’ they might engage in is, in essence, a subconscious call for a voice in the government that meddles in their affairs, or/and a consequence of the absence of accountability where it should be the case according to democratic principles.  You could say that the spirit of such a people is no different from those behind the Magna Carta or those who conducted the American or French Revolutions of the west. 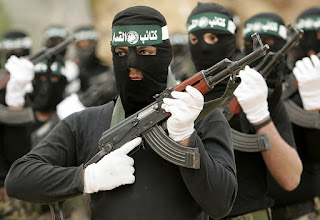 People just need to step out of their nationalistic hovels and realise this, and it is only then that they'll realise they will expect or do no different themselves in the event that their government does unto them that which they do unto others. Right now, people across the world are thinking 'nationalistically', not logically. They are basically expecting others to put up with that which they themselves will take up arms against if it was done to them by their own governments.

In brief, you could say that the moment any government involves itself in the affairs of another region, the people in the latter immediately and logically become citizens of the former's country, with a right to vote on any matter that has even the remotest of impact on their state of life.  But it is  the self-serving nationalistic thinking of these invasive governments, and using their own populace as a 'human shield' against reprisals, that is stopping them from doing so, and they are now just bemoaning the consequences of actions on their part which they refuse to be held accountable for.