Suicide and time for a 2nd sight 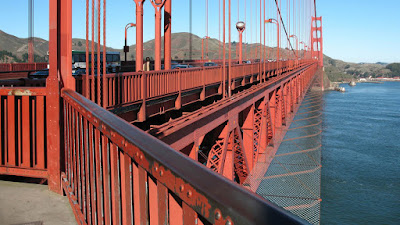 Well, after falling onto the net, one can then proceed to the edge to complete the job.

However, it might also give one time to think twice.

Part of a successful suicide is to not engage in too much thought, expend too much effort in doing so from the point of the act of suicide to the point of death, and also availing oneself of a method which does not allow one the opportunity to change one's mind.

The more time between a suicide effort and death, the more time there is for such a positive focus.


Any, or all of these might make one think twice - an easy way out requires an easy way out to circumvent critical introspection and a possible reversal of decision.  Why?  As the saying goes, when one is about the lose something, that is when one focuses on the positives aspects of one's life as opposed to its negatives.  The more time between a suicide effort and death, the more time there is for such a positive focus.


Hence, this net might serve its purpose in getting people to rethink their decision as one gets a brief intro into what it might be like to jump by jumping onto the net, and then have to expend effort in making one's way to the edge of the net.  All of which might inhibit the final irreversible act.