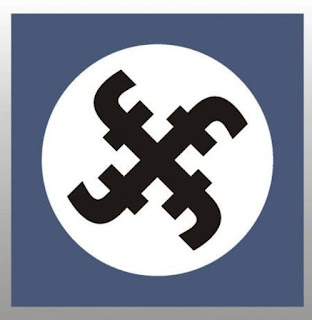 Well, well, well. The pro-'Israel' FB has blocked my account yet again.

Free speech to these 'people' is only allowed if it doesn't challenge their western dominance.  FB is basically a eurocentric/Jewish means to assimilate all the peoples of the world to their way of 'thinking'.  It is already being complemented religiously by the, again, Jewish-controlled Hollywood, and the people of the world are pretty much outflanked again, as they were during Direct Colonial times.

The following comment of mine, is regarding 'two israeli missiles' striking an area near Damascus Airport.  I know that many post anti-'israeli' comments online, but i suspect that those who really argue their case with logic are the ones whom are deemed dangerous and hence kicked out.  This is not the first time for me.  And i'm certainly not being muzzled by these eurocentric jewish fascists either.

If you think about it, the more people get on FB, the more the kicked-out dissenters can be invisible to the world, and all views can be narrowed to what they want.

The supremacist and assimilationist trick on FB effected via news and entertainment corporations is this -  they don't need to post anything negative about anyone in the non-white/jewish world, they just post items that promote the west and Jewish agenda over everyone else via what i term #skewednews.  That is veiled, and highly effective racism as it does not engender resistence by people since it doesn't directly criticise them at the same time.

That immediately places those whom have a problem with grossly partial approach at a disadvantage as they have no other means of addressing this racism except with direct critique of the west.

That's when FB's 'community standards' come in to muzzle 'hate speech'.  What passes unnoticed by most is that prominent European news and 'entertainment corporations already engage in 'hate speech' via their partial, self-serving and self-glorifying 'news' reporting.

The white supremacist colonial enterprise is still on via these means.  If you're not aware of it, it serves as irrefutable evidence as to how well their methods have worked.