Briefly, the Rex Ambassador Safety Razor is a 'Made in the USA', marine grade 316L all-stainless steel Adjustable Safety Razor.

It comes at the relatively hefty price tag of $250usd. I got it for $244usd including shipping from West Coast Shaving (US). The reason why the price is lower than the retail price of the razor is because you get a discount as a first-time customer. So that discount not only gets rid of the cost of shipping, but lowers the price of the razor itself.

For the uninformed, being of marine-grade stainless steel makes the razor highly resistent to the corrosive effects of water applications. Many famous brands like Merkur, Edwin Jagger, amongst others have zinc alloy heads (the head is that part in which you slot the razor blade). These are mostly chrome plated, but once the plating wears off, the head will corrode rendering it unusable. With the Rex, this problem is pretty much moot.

It is also an 'adjustable' razor. That means you can adjust the 'blade gap' from a really small gap which translates to the blade being very close to the safety bar immediately below it, to a relatively wider gap. The smaller the gap, the smoother the shave, and the wider the gap, the more 'aggressive' or harsher the shave. Most on forums are of the opinion that a more aggressive setting will deliver closer shaves.

Personally, i find that the more aggressive settings would be most helpful in shaving beards as opposed to stubble so that there is enough gap between the blade and safety bar for the longer hairs to pass through. When it comes to stubble, a setting of 1 or 1.25 is more than enough to deliver a 'BSS' - 'baby skin smooth' - shave - they like to use the term 'bbs' or 'baby butt smooth', but i find it a bit vulgar and prefer 'BSS' - it's always 'butts', 'cocks', 'dicks', etc, etc, with people in the west, isn't it.

I do daily nick and abrasion-free head and face shaves with it, and also a daily partial body shave with it. I also do long strokes with it, like i used to do with my Gillette (overpriced) 'Proglide'. And in case you are wondering, yes, it is easy to use it to shave your netherregions quick as well without worry. Just choose a 1.1 setting for that - which is just a tiny notch above 1 which you can judge for yourself. I also do a once-a-week partial leg shave with it, mainly the thighs, and it is nick-free as well, provided you use the right lubricant - mine is a combination of soap and sunflower (cooking) oil. No bumps or irritation whatsoever thereafter. It's best to use a bar of soap as they are thicker than those liquified bottled soaps.

I do not use those shaving brushes, shaving creams, shaving soaps, skuttles, and such. The cost is not justified by what they deliver since i can have perfect shaves without any of these. 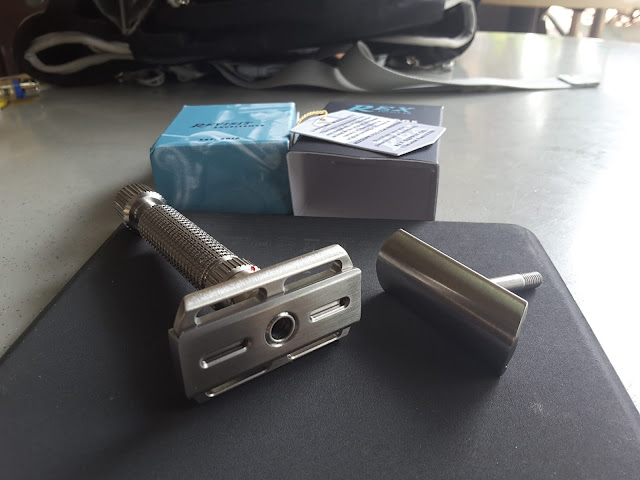 I've been using the Rex for a couple of months now, and have to say that i'm certainly pleased with it. Mine is the N2 model released in the 2nd quarter of 2018 - the first was released in 2017 and went by the date code 'M1 to 4', with each number signifying each quarter of the year.

I find it really smooth and efficient when paired with the right blade and lubricant. And it can also temper the negative condition of a blade by, for instance, making a scratchy blade a little smoother. Blades can become a bit scratchy after a few days usage, and this problem can be circumvented by the use of a smaller setting on the Rex. That is largely due to the adjustability of the razor.

It is certainly well-built, solid with a flawless finishing.

It's grip is very good as well and i have no problem holding onto it even with soapy and semi-oily hands in the shower. It's grip comes 2nd place to the vintage Gillette Tech that i was using prior to the Rex.

The blade alignment in line with the safety bar on mine is near-perfect. I say 'near-perfect' because when i bring it down, for instance, to setting 1, the blade gap is slightly wider on one full-side as opposed to the other. But even though the variance is visually noticeable, it is very slight. 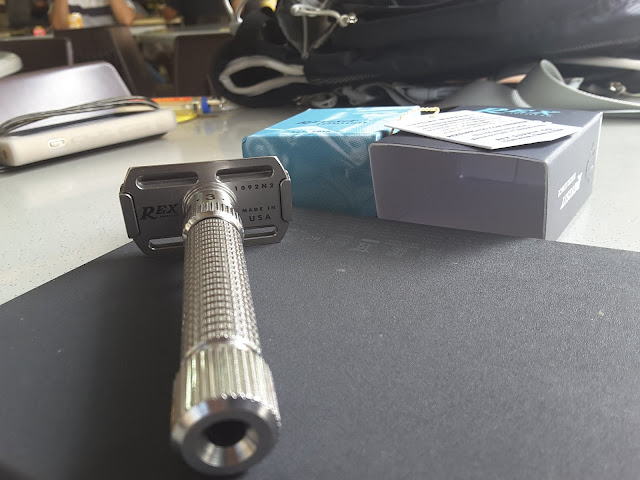 Well, if i had to suggest improvements, i'd have two.

1. the two raised bars under the head that hold the blade should be made a bit longer. In my Gillette Tech for instance, i can just drop the blade in and it sits securely. With the Rex, the blade is almost inline with the top of the 2 raised bars. Hence, to ensure that it is screwed on without misalignment, one has to press down the blade, slot in the razor, hold down the razor, and then screw it on.

2. the dial is a little too easy to move. Everytime i happen to graze the dial, thus requiring my needing to check to see if it has been moved a notch up or down.

I find it very cheeky of the company to actually even release the first year's models - especially the early ones - given the poor quality control i've read about, and seen pictures of, with regards to the finishing, the dial being too easy to turn to the point that its adjustment can change whenever you finger lightly grazes against it during the shave, amongst others. Some of these faults are easily observable and avoidable, and others can only be detected upon feedback. It is the former that is unacceptable.

And the company still had the cheek to charge 250usd for what can at best be seen as a prototype instead of a sellable item. Their entertaining replacements and refunds without quibble is no credit to them whatsoever. It would be plausible to assume that there were obviously trying to see how much of a flawed item they could flog off.

Of course, i expect that the company needed the funds to continue with improvements, which were obvious with the 2018 models, and also well-explained by the company's CEO, Matt. However, that would turn the 2017 model-purchasers into 'shareholders' would it not? And at the very least, they should be given very good discounts. That said, he should be credited with making all the right improvements to bring it up to the level of a sellable product in the 2nd year, and also in his going to forums to explain the changes - damnfineshave.

I've seen a couple of youtube videos on the quality of the box, and one guy actually goes on about its high quality for a couple of minutes. It's a cardboard box. That's it. Nothing to get excited about. In fact, it is pretty shoddy for a high-priced item. And the slot in which the razor sits is not appropriate. You have to pull it off with some little effort. It is good for travel? No. It is cardboard, and is going to wear-and-tear much easier than a more appropriate case, and, as i mentioned, pulling the razor in and out of the slot in the box is going to wear that out as well.

The razor is touted to be of 'Infinite adjustability'. That's a misnomer. It is not 'infinitely adjustable'. Unless the full range of numbers in the numerical system does not extend beyond 6. The proper term would be 'fluid adjustment' as one can choose anywhere from 1-6 and anywhere between these numbers. But i suppose 'infinite adjustability' sounds more impressive as a marketing gimmick, or perhaps the company has a problem counting past 6. 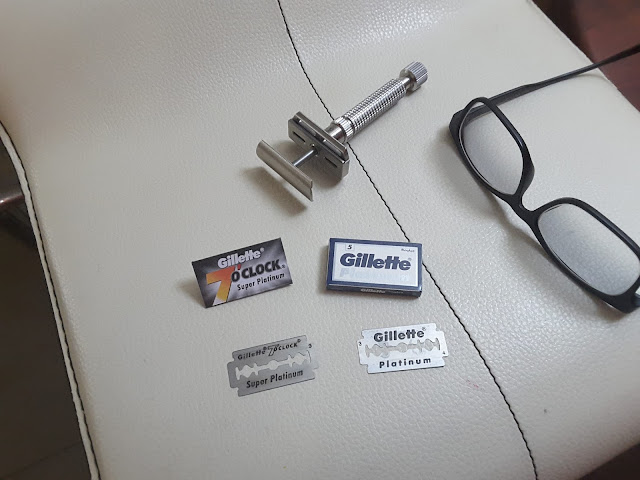 I was more into the quality of the razor itself. And in that respect, i do not regret my purchase at all. It's minor faults i mentioned can easily be compensated by how one handles it. Of course, the perfect product would mean that no such compensatory handling is required. However, when one looks at the advantages, build, finish, and overall effectiveness of the razor, these faults can be discounted.

The Rex Ambassador Razor has certainly killed my desire to experiment with other razors, or acquire any more razors. Thankfully, i had only bought a couple of Vikings Blade razors from Amazon before this that were falsely touted to be, 1, limited edition, 2, 'made from premium materials' by its sellers - nothing 'premium' about heads made from zinc alloy mate.

Thereafter, i got myself a Gillette Tech which i was quite happy with, and finally the Rex which satisfied me completely. I don't see any need for an upgrade.