Thou shalt not utter, ‘Happy New Year!’ in vain


The ‘new year’ to me, does not begin at the stroke of midnight, but with the resolution that is implied by the exuberance intonating, ‘Happy New Year’. For in this is the First Resolution. That is, it is implied that it is ‘New’, and the only way that it can be so is if I translate this into actual action.

Action, for myself, comes in the form of,

1. Making further inroads into that which interests me

2. Taking a step or two out of my sphere of interest into something new

3. Reevaluating all that i thought to be true and untrue.


So number '3' basically requires me to play devil’s advocate in proving untrue that which i thought to be true, and proving true that which i thought untrue. If i do not undertake this most interesting task, the ‘new’ year is going to be just like the old, except that i’m going to be entrenched even further in the mistaken perspectives of the past. Well, it’s going to be interesting. There is nothing more interesting than being constantly at war with yourself. For in that, one’s progress becomes a function of placing underfoot the rung that had previously been what one had reached for. After all, given the certainty of the fallibility of humanity, there is nothing that serves to fine-tune one’s perspective than allowing that to serve as the guiding formula.

And to all my 'foes' whom i've berated this past year, let it be known that in opposing you, i've opposed myself; in supporting you, i've refined myself; in recognising the evil in you, i've recognised it in myself. If it wasn't for you, I cannot even begin to hope to recognise the fragment of the truth which has been my lifelong ambition. You're indispensable. So, thank you.

Aw shit. I’ve gone and done it now. I’m obligated to ensure it is. 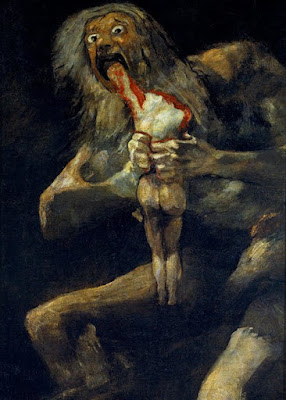