Trying out the e-cigarette, or what ed calls, the 'Electronic Inhalator' 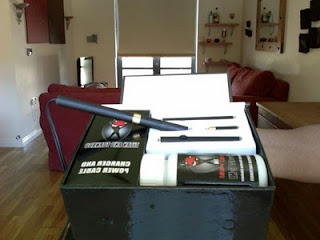 As e-'cigarettes' aren't illegal here in the UK, I decided to give it a go. The reasons are simple enough. NO CANCER-CAUSING CONTENT.

Anyway, I ordered an 'USB passthrough' with the e-cig. All i have to do to start puffing away is to connect it to the usb slot on my computer.

Now, for some brief thoughts on related issues.

'Totally Wicked', a major retailer of what they call ENIs, has chosen to call its products, ENIs, to get past attempts by the FDA to have it classified as a tobacco product. Well, calling it an ENI is simply going to get it classed as a 'drug' product. Silly boys.

Calling it an e-cigarette isn't accurate either. There isn't any tobacco or tar, no 4000+ chemicals, no flames, fires, ashes, etc. In fact, the significant difference between the e-cig and a steaming bowl of chicken feet soup is that the former contains nicotine whilst the latter contains MSG.

So, can we call it an ENI, or Electronic Nicotine Inhalator then? No, that wouldn't be accurate either, and for one significant reason - the availability of 0mg liquids. Look at it this way, a knife used to harm another may be held up as a murder weapon in court, but not so when it is used to chop spring onions. It's how it's used that counts, not its potential use mate.

Ed proposes the more apt, 'Electronic Inhalator'. I can choose to top-up my cartridges with tabasco sauce, vapourise it and inhale it. Would that make tobasco sauce a drug? If not, why should EIs be classed as similar to cigarettes when the content isn't?

Ed proposes the more apt, 'Electronic Inhalator'. I can choose to top-up my cartridges with tabasco sauce, vapourise it and inhale it. Would that make tobasco sauce a drug? If not, why should EIs be classed as similar to cigarettes when the content isn't?
Now, what if EIs came first, and then normal cigarettes? Would the latter be classified as non-electronic inhaling devices? To classify the EIs as 'smoking devices' and therefore ban-able, is simply based on resemblance and not content, and traditional cigarettes coming first before EIs. Anyway, to ban it because it 'resembles' traditional cigarettes would lead one to wonder why on earth the traditional cigarette isn't banned itself, and especially since it is certainly far more hazardous than EIs.

Compared to normal nicotine inhalators which one would be able to buy at pharmacies, and officially recommended by medical authorities as a smoking-cessation device, 0mg refills for the 'ENI' is less hazardous, and even compared to nicotine patches.

I've seen many discussions on EI forums on 'throat hits'. By 'throat hit', they refer to the feeling of the 'smoke going down', or the feel of the smoke in your throat. Many have suggested that people choose EI liquids with high nicotine content, such as 18mg or higher. Yes, i suppose a higher nicotine content might go down well with those accustomed to smoking traditional cigarettes. However, what has to be noted is that a significant reason why a person might not feel the 'smoke going down' is not because it doesn't contain enough nicotine, but because their respective throats have been desensitised by their having smoked normal cigs prior to moving on to EIs.

Perhaps the high nicotine content helps to compensate for the 'throat hit' that might be delivered with the tar, tobacco, and chemical content of normal cigs. But that is sort of jumping out of the frying pan onto a burning coal. Nicotine comes with its own dangers as well. When we look at the Dunhill line of cigarettes, the nicotine content can range from as low as 0.1 mg to 1.x mg. But EI 'smokers' are moving on to alternatives that, whilst ridding the experience of cancer-causing chemicals and components, increases one's nicotine related risks.

EI users must keep in mind one thing. The sensitisation factor. As stated above, your throats are already desensitised by your normal-smoking habits. Hence, a 0mg EI liquid is not going to be 'felt' in your throat. But if you stick to 0mg EIs long enough, the throat is gradually going to heal enough for you to 'feel' the 0mg puffs.

In the 'first world' state of singapore, the government only allows people to have a choice between not smoking or smoking cancer-causing cigarettes. So, no non-cancer-causing cigarettes allowed. That's like only being allowed to eat. You risk being fined for not putting yourself at risk of getting cancer if you are found to be smoking a non cancer-causing e-cigarette. As i've always said, reason has nothing to do with life in a Confucian society. Whether it is the government or the people; tradition, what's popular, what's enforced top-down, is that which determines reason enough for anything. What is right is determined not by the force of reason but the power to enforce it.

banning the e-cig and thus giving people a choice between smoking cancer-causing cigs or not smoking at all, is like banning the condom and giving people the choice of either not having sex, or doing so dangerously
The banning of e-cigs, i consider, to be the most blatant act that illustrates that the lives of singaporeans are simply a means for the generation of profits and it doesn't matter if singaporeans have to pay for it with their lives. I can imagine, a couple of decades time, when smokers are diagnosed with cancer, or other smoke-related ailments, some saying that if they had been allowed the alternative of an 'ENI', they wouldn't be faced with premature or painful deaths, and exorbitant hospital charges, etc. I wonder, how many relatively enlightened singapreans might state that their reasons for migrating is to avoid getting cancer. Well, as the saying goes, 'every people deserve the government they get'. Well, in the case of Confucian singapore, that is certainly true since the people are none too different from the government in their views and reactions to logic and reason.

Let me put it this way, banning the e-cig and thus giving people a choice between smoking cancer-causing cigs or not smoking at all, is like banning the condom and giving people the choice of either not having sex, or doing so with risk. 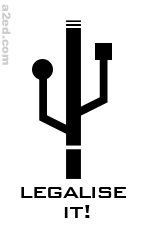