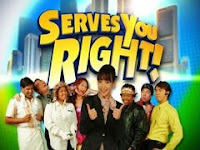 The following is an exchange between ed and John in the comments section of a preceding article. It has been elaborated upon below.

i agree with you that the common perception of what each race is supposed to be associated with, drives what sort of ‘merits’ people might go for in singapore. In singapore, a few of my chinese friends used to tell me that despatch riders are Malays (because they like motor-cycles), almost all customer service jobs (two decades ago) are filled up by the chinese (because the ability to speak mandarin is required). In a way, these jobs have been pre-determined.

Being chinese, I have benefitted from this system of ‘meritocracy’. Not having a degree qualification did not prevent me from getting job promotions. I have had the opportunities to manage people from different countries in Asia. Over the past decade in the employ of the same company, I had only seen a handful of resumes from non-chinese people .Some reasons provided by the Human Resources (HR) are, the applicants cannot speak mandarin, Malays are not hardworking or Indians are difficult to manage.The first filter was the employment agency, then the company HR before the relevant resumes are passed to the line managers to review.

The chinese, being the preferred majority will always have a head-start in singapore and what is left-over will sadly be for the minority.

Though I agree that the chinese are not to be blamed though ‘they are benefitting from their governmentally accorded status’, they are guilty of perpetuating and practising the culture.

I wonder how many chinese out there would be astute or humble enough to admit that racism gave them a leg up. They may not be racists themselves, but without it, not all of them would be where they are. It takes a certain degree of empathy to appreciate this, and unfortunately, 'chinese' culture, or more accurately, legalism-confucianism, does not engender much of that amongst its practitioners.

With regards to what is available for the 'minorities', that does determine what they do or don't pursue. I have many say that if you want to start up a business, you have to employ chinese in the frontline or the chinese won't do business with you. It seems that people in singapore get along after acknowledging racism to be, as the chinese say, 'like that one lorrr' (that's the way it is). Those whom i spoke to didn't start businesses for that reason. So they go for what is left. Basically, when you live on leftovers, you don't become as fit or nutritionally-balanced as those whom are able to access the banquet. That is the reality underlying singapore's 'harmony'.

But this is old news. When you become less, you won't feel that you're missing or being deprived of anything given that you won't have the personality to appreciate that you're missing. And with the chinese being afforded all the psychological benefits of being the 'preferred' race in the media, governmental policies, being validated for what they are, etc, they are going to become more and do more. Ironic given that they were generally the most backward intellectually, perspectivally and creatively in the past - because of the 'don't question and just follow' culture they are made to practice from young.

But even if they have become more in the present, they will never become all that they can be as they have been unfortunately deprived of the input of a truer multiculturally egalitarian milieu. In that, they have become the purveyors of a substandard intellectual and creative standard which will serve as a ceiling for the development of everyone regardless of race, language or religion. And within this substandard, given discrimination, the other ethnic groups can become even less.

Put it this way, if the world was populated by only children, nobody would deem anything amiss if they only showed cartoons on the telly. Same thing applies in the case of the singapore of today.
Unfortunate really. But they won't know what they're missing given that, like the other ethnic groups, they have become less themselves and will not feel that they're missing anything - which is one of the reasons that the non-chinese in the opposition can mindlessly follow the likes of Chee, etc. He’s a nice enough guy, but, like most chinese, thoroughly absorbed in the interests of the chinese and pays only lip service to the interests of others. Having known and interacted with him personally about a decade ago, i recognize him for the little confucian emperor himself. I’ll still buy him a cup of tea, but not my vote. But i digress....

Put it this way, if the world was populated by only children, nobody would deem anything amiss if they only showed cartoons on the telly. Same thing applies in the case of the singapore of today. I do not personally hate the chinese, but i do recognise them for what they have sadly become. I reiterate, it’s not their fault, as i’ve known, and miss, the more egalitarian, intelligent and creative chinese i was privileged to know in the 70s and 80s, but the chinese of today are certainly, and verifiably, unwitting beneficiaries of a system of gross discrimination. The dearth of comments in articles discussing these issues written by ed or others, is itself an indicator of their belligerent apathy and self-absorption. You are, of course, quite the laudable exception.

Keep well, and thank you for your insightful and empathetic contribution John. You'll get a cup of tea and my vote any day.