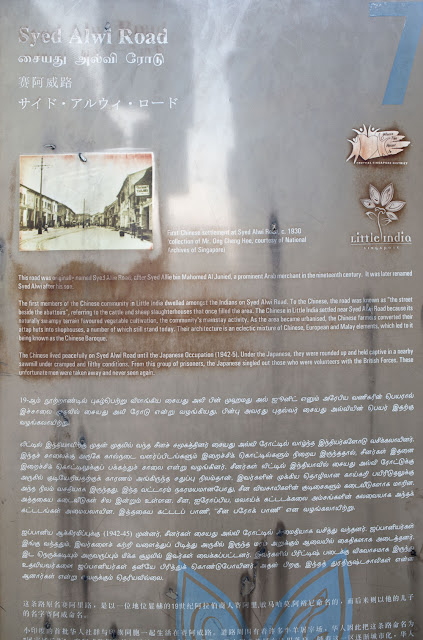 In a nutshell, the Indians are presented as incidental, and props in a wholly oriental theatre. Their history, their contribution, their significance, has been wiped away. If anything matters, it is only what the chinese have done. That is grossly racist and utterly unconscionable. And to complement this, with the aid of institutional racism (sap school system, mother tongue policy, hdb quota system, political nepotism, maintaining a chinese majority, etc), and over time, the engendering of popular racism and self-absorption through the aforementioned means, the Indians have indeed been reduced in development, numbers, perspective, and ambition, to ensure that if any credit is to be given, it will only be to the Chinese.

For a more representative history:

[this article was first published in march, 2010]