How the BBC, amongst others, steal Intellectual Property

“In contributing to BBC News you agree to grant us a royalty-free, non-exclusive licence to publish and otherwise use the material in any way that we want, and in any media worldwide. bbc”


Well, it isn't 'stealing', because they told you that they are doing it before they do it.  And it is your choice as well right. 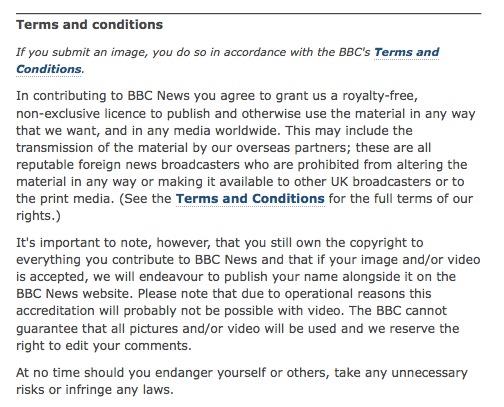 After all, you are a ‘nobody’ because a ‘somebody’ is determined by the prominence corporations give to that person if they want to - and not necessarily because they are the best.  And through those they turn into ‘celebs’, they make money off you, and for the rest who don’t make it, they tell you to send in your photos, comments, ideas, music, and just about anything that can get them more money and prominence, whilst you just walk away with your name under your Intellectual Property and tell everyone about your 5 minutes of fame. 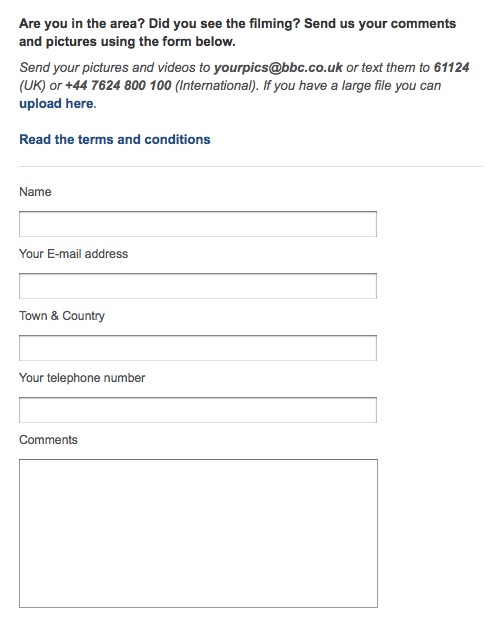 Everyone knows where the BBC is on the net.  But nobody’s going to know where your net-based hovel is.  That way, when it comes to quality, people are only going to remember the BBC and view them as those whom know what 'quality' is.  And that is going to make them the determiners of quality, and the gatekeepers of information.  People are soon going to say, 'if the information/picture/idea/comment/analysis/etc isn't from celebs, corporations, etc, it isn't quality.  Oh, wait a minute, it's been happening for a long while now.

Well, that is how they will do their part in channelling popular development and inclination.  Not you, whatever your name is.

Informing you of what you’re giving up makes no difference.  Knowledge of a crime doesn’t turn it into a non-crime mate.

The freedom of choice is negated by the inequitable distribution of advantage.  Think about that.