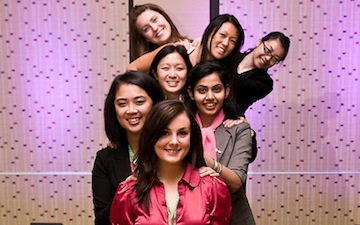 (part of the following was placed as a comment beneath the ‘Mashable’ article, ‘Why Women Make Excellent Entrepreneurs in the Digital Age’)


The positive ‘traditional’ traits of women become negative ones when such traits are molded to fit and succeed in a patriarchal/capitalist status quo.

One can say that, ‘boobs are the new balls’ That is when women, previously being more empathetic and detailed within the family unit, in the present, becomes, ‘being able to know people profoundly enough to exploit them better’. That, in a sense, can make them ‘better’ than men….or worse human beings. And men being unable to own women as they unfortunately did in the past, will be more easily subjugated, in return for favours from a smile to a date, to sex, to marriage, and hence, be easily led by these women-turned-men.

Women will be setting the new ideal for ‘manhood’ by presenting traits that men would eventually have to take on to be considered equals.  One can say that, ‘boobs are the new balls’.

Well, on a positive note, we are now at at period in history where the difference between homosexuals and heterosexuals becomes pretty much insignificant.