Since when have brands been ‘socially responsible’? 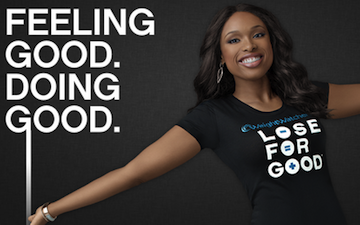 The following is an excerpt from the ‘mashable’ article, ‘Social Responsibility: It’s Not Just for Brands Anymore’.  ed’s thoughts follow.

“It’s 2015 and you’re trying to get into an exclusive Soho club. You fidget while the bouncer holds his smartphone to your face. From behind the red velvet rope, he takes a step back, his face morphing into a mask of disgust.

“You haven’t done jack for anyone else in over a week?” His voice is loud enough that others in the line point their devices at you as well. “No way you’re getting in here. This club is for people who give a damn about things other than themselves.”

Your face burns with embarrassment as everyone calculates the accountability based influence (ABI) score branded on your forehead like a virtual scarlet letter. Your lack of involvement means you’ve been ostracized by the “in-cloud.”

What if your action-based reputation preceded you digitally? In one sense, brands have lived with this type of situation since the late ‘60s, with the advent of corporate social responsibility. Today, social media’s focus on transparency has changed the attitudes of consumers and employees regarding the modern corporation. People won’t buy products from or work for organizations that aren’t actively trying to change the world for good.

At what point will this lens of morality be turned on individuals, where a variation of CSR is more personal? Although, to some extent, we’re already judged on our actions, we may soon be measured by the accountability metrics applied to organizations. Individuals need to understand how their actions will, quite literally, speak louder than their words.
The good news is that CSR is evolving as brands incorporate social good into their everyday business activities. Those lessons, largely based on the concept of “shared value” described below, provide a roadmap for individuals: how they can increase their personal value, or accountability based influence score, while living a life that benefits the greater good.”

ed: “People won’t buy products from or work for organizations that aren’t actively trying to change the world for good. ”
The profit margin, after subtracting costs and amount spent doing ‘good’, is that which makes the ‘good’ they do nothing but a whitewash of the evils they perpetuate. Greater minds recognise it for what it is. I think it’s called ‘bourgeois socialism’.
Turning the lens onto individuals might just mean that we will be compelled to further increase the profit margins of corporations by buying their products so that they can throw a few more pennies in exchange for PR.

In fact, you can say that the people have already given the charity.  It’s called ‘the profit margin’ of the corporation.  The profit margin of the corporation is your contribution to charity.  The only problem is, the corporation is keeping the bulk of it for themselves - which is why that power and money hungry git, Steve Jobs, can accumulate more money for Apple than the u.s. Treasury mate.  Sometimes i think the Genesis part of the Bible, where Adam and Eve are kicked out of the Garden of Eden, can be used as an apt reference to Apple, Corporations, and the Capitalist system as a whole.  They tempt you with a morsel whilst they keep the tree, you get kicked out of Eden, and they get to keep the Garden for themselves.

The capitalist system has its own ‘logic’.  It validates and legalises the profit margin as a given.  It deprives you of much, and to the point that you might dream of a hefty profit margin yourself so that you can make life within such a milieu more palatable.  It basically turns everyone into devils and devil-wannabes to make life within hell less of a scorching experience.  And then, with the corporations out there raking in the wealth of humanity by the mountain loads, and tossing a few molehill-sized portions to the needy, they are portrayed as great and good entities.  That is when they are going to turn around and tell you to do your part.

It is a sick case of attempting to turn ‘wants’ into ‘needs’ by telling people that the consumerist satisfaction of their ‘wants’ will go toward satisfying the ‘needs’ of the grossly impoverished.

That is why that way-overpaid twat and dick, Oprah Winfrey and Bono can head the ‘join red’ campaign  some years ago, asking the people to do the responsible thing in buying ‘red’ branded products because a tiny portion of the profit margin for these products are given to charity.  All this does is to increase the profit margins even further whilst a few more pennies are contributed toward saving the needy.

It is a sick case of attempting to turn ‘wants’ into ‘needs’ by telling people that the consumerist satisfaction of their ‘wants’ will go toward satisfying the ‘needs’ of the grossly impoverished.  I wrote at that time that it would be better to just take the whole sum set aside to buy these ‘red’ products and give it to charity instead of buying the products itself - though that would still leave the problem unresolved as the corporations/celebrities/royalties still exist to ensure that most of the resources are still kept in their pockets.  That is why when any overpaid and overhyped ‘celeb’ or ‘corporations’ start telling me to do my part, i simply tell them to ‘go .... yourself’.

The truth of the matter is, when people start ‘doing their part’ to make the world a better place, whilst taking the corporation/celeb/royalty as the standard of good, the evils we seek to eradicate gets a longer life span.  So long as we think the corporation/celeb/royalty are great people, we aren’t going to demand that they release their profit margins for the sake of the needy.  And that is when thousands of children are going to keep dying daily in various parts of the world because profit margins exceed corporate/celeb/royalty contribution to charity.  So the last thing we should be doing is to take our moral cue from corporations.  As

I have stated every now and then that, ‘being an angel in hell only serves to perpetuate the rule of the devil.’  It’s time to take the devil to task for keeping to her/imself the profit margin which is actually our contribution to charity, the costs of our welfare, and the upbringing of our children.  The last thing we ought to be doing is to hold up the pennies given to charity by corporations/celebs/royalty whilst the rest of our contribution is hoarded in their swiss and offshore bank accounts.