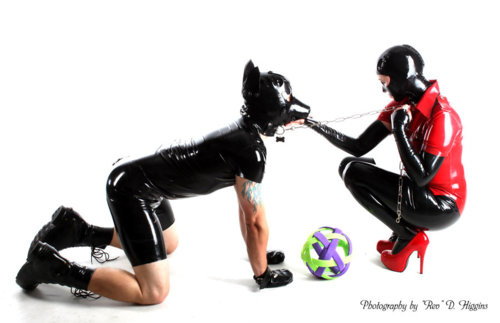 An increasingly vocal men's movement argues that anti-male discrimination is rife. Who are the activists and what do they want?

Feminists have spent decades trying to get equal pay and rights for women.

But while, in the West at least, discrimination against women is rigorously challenged, a growing band of men's rights activists say no such protection is afforded to men.

Many of these activists also believe that the media allow women to objectify and ridicule men in a way that would be unthinkable if the gender roles were reversed. - bbc

When equality is sought within a system that thrives on inequality (capitalism), what this quest for equality evolves into is reverse domination, not equality.  The system does not enable the articulation of impulses for equality into equality itself as that contradicts the hierarchical and exploitative structure of said system.

Hence, the feminist movement, unwittingly, became a movement that ended up doing unto men that which men had done unto them.  As I said in an article some time ago, "men's control of women via purse strings changed to women's control of men via g-strings".   Sexual domination continues, but is now reversed.

The thing is, when people seek equality, they do so in full awareness of themselves as a class apart, be it defined along gender, age, racial, religious, etc, lines.  Hence, their (women’s) progress in the quest for equality is paired with a constant consciousness of their own group in opposition to the dominant class (men).  Gains are perceived, not as gains for humanity, or as gains against an overarching class-based system, but gains for and by one’s own group.  Thus, a class’s consciousness of itself as a class, in its fight for equality, evolves into a class’s pride in itself, and for itself.  And within a (capitalist) system that does not allow a group’s quest for equality to be translated into an appreciation of the equality of all, the growing strength of the group does not lead to the appreciation of the strength of all humanity, but the strength of that group in opposition to all humanity.  That is when, with increasing gains, such a group can just take the place of their former oppressors.

But women gaining the helm in hell is not entirely the same thing as men having dominated said helm.  You could say that it is worse.  There are two points to this.

(note** Thus is the egalitarian or socialist cause weakened.  Socialists globally need to update their perspectival software.  They are fighting the same ole battles without much awareness of the new fronts that are flanking them in a pincer formation.  And with increasing incorporation, they are naturally mutating into bourgeois socialists who seek further gains for the disadvantaged within the system whilst unwittingly helping the disadvantaged to advance and be incorporated within the system.)

After all, when a disadvantaged group strives for equality, they are doing it for themselves and not others.  Hence, upon their elevation, they are going to be more focused on ‘making it’ rather than enable competitor’s from other disadvantaged groups to compete with them.  This is an inbuilt evil of disadvantaged-group advance within the system.  It does not allow one much breathing space to shout with as much vociferousness as they did for themselves.

I have no problem with women having equal rights, so long as they strive to make men like women, and not put us through the strife of their becoming as bad or worse than men.  Secondly, in the case of women’s advance, domination and subjugation of all humanity to the system becomes more assured.  Women, in their previous position of nurturing, empathetic, and family based individuals would be more focused on the practical and familial.  Upon their gaining equality, or having fought for the right to be as bad as men, their prior focus would see them tethering men to the ‘practical’ and familial and not bother as much with politics.  Their focus on the practical, children, family, and other related matters can see them leading men by the ear to the home and hearth and keep their placards for firewood.

Every disadvantaged group, provided they are aware of it, tend to become more aware of the details of human relationships as they are faced with being differentially treated.  They may also form more ties and closer relationships with others amongst their own.  They can become more communal and empathetic.  Their attention to detail, their passion, their vigour, can all be maintained to a greater degree as they aren’t able to couch themselves in the complacency of the familiar and with the knowledge that they do not have to worry as much about things as do the disadvantaged.  When a group at such a state is elevated, they are going to be able to cross-apply such skills and perspectives.  That is when they can become worse than the previously advantaged class.

This applies more so in the case of women than any other class as unlike other classes they comprise only women, were focused mainly on the family, and were empathy, relationship, and nurturance based.  When the skills acquired through such a vocation over hundreds and thousands of years, they are going to be in a better position to manipulate relationships than men whom have generally been more activity-based rather than relationship-based.  You can say that the beautiful and positive attributes of women nurtured within their previous circumstance, when cross-applied and articulated in the language of the capitalist system, becomes a great evil, and hence, one of the last and most powerful vanguards of the system in all human history.

As i said in an article some years ago, and amongst my friends in the UK more than a decade ago, “I have no problem with women having equal rights, so long as they strive to make men like women, and not put us through the strife of their becoming as bad or worse than men.”