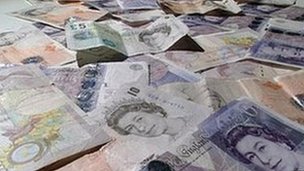 “A global super-rich elite had at least $21 trillion (£13tn) hidden in secret tax havens by the end of 2010, according to a major study.
The figure is equivalent to the size of the US and Japanese economies combined. - bbc”


So what if they pay all their taxes.  What matters is the amount they keep after they done so.  What matters is the opportunity cost of their keeping it, or being allowed to ‘earn’ it.  Do you actually think that the very rich actually ‘earn’ their money?  No.  They get others to earn it for them, whilst they do a song and dance, or point hither and thither on some jagged lines in the Board of Director’s meeting, or kick a ball here and there, or wear a crown or live in a palace, to justify their acquisition of the bulk of humanity’s wealth.

taxing the super-rich is like taxing a thief shortly after s/he emerges from a freshly-blown vault with the loot. It basically validates the means by which the gains were gottenWhenever i see those professional begging ads that come on frequently on the telly in the afternoon; banging on about how donkeys all over the world need care; or how animals need to be rescued; or how they need more money to maintain nurses to care for the terminally ill; or when they show us tragic images of dying children and tell us that 22, 000 children are dying everyday because we aren’t calling in to donate our £2 a month; i just retort with a, ‘aww shut up’, and switch over to another channel for a few minutes before switching back to continue watching Murder She Wrote, or The Fall Guy.

Or in the Sino-Fascist/Confucian state of singapore, whenever i’m approached by some ignorant tin-totting idiot asking for donations, i say, “i already gave in the form of taxes to the government, go collect from them.  Don’t expect me to subsidise the government and rich.”  The truth is, every pound, dollar and rupee given to charity by the peasantry of 'modern' times is a pound, dollar, and rupee less for the super-rich to pay.  That basically leaves them with even more to acquire more of humanity's resources, and determine your development.  The amount hoarded by celebs, royalty, and the elite is nothing short of piratical given the amount of lives that are lost on a daily basis because of it.

But what if the super-rich were to pay their taxes, would that make the amount that they are left with alright?  In fact, you could say that taxing the super-rich is like taxing a thief shortly after s/he emerges from a freshly-blown vault with the loot.  It basically validates the means by which the gains were gotten because the focus is on the taxes-due as opposed to the former.  Same thing goes for the above BBC article.  People might think that the BBC is doing a good job by publishing such findings.  But the fact is, these royalty and celeb arse-licking twits are just detracting us from focusing on the existence of the super-rich themselves.  That’s like a sinner being absolved from their sins in the confessional after being directed to say a few hail Mary’s, Our Fathers, and Glory Be’s.  With the latter, the sins become no more.  Similarly, the rich are absolved from their exploitative sins by giving up a portion of it in the form of taxes.   Like i said some years ago, and which is applicable in this case as well.....

“The Root of All Evil finds its Incubatory Refuge in All that is Perceived to be Good.”