On Class reproduction, in brief. 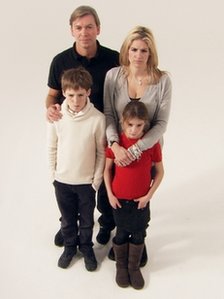 A couple with two children now need to earn £36,800 a year to have a "socially acceptable" standard of living, an anti-poverty charity says.

The Joseph Rowntree Foundation said its annual minimum income study suggests families must earn a third more than in 2008, to live within social norms.
Rising childcare and transport costs, combined with cuts to benefits, have hit families hard, it added.
- bbc


“ If this much is needed to fund a family, and if the toiling classes don't make the mark but still have kids, that would ensure that their children are deprived enough to not be able to rise above their imposed class.

Hence, the working classes would be able to continuously serve as the supply for the ranks supporting the elite, royalty, and other such vagrants - a case of a class reproducing itself.

“ Forgive my candour, but, the UK is quite a joke in this respect.  You guys keep a parasitic 'royal family', and whine about the cost of living, poverty, cuts, etc.  Well, perhaps that is why you keep a 'royal family', have a big class divide, grossly overpaid elite, etc, etc, so that you'd have something to whine about besides the weather.

129.HandSignals :
To all those idiots stating British people who are not affluent should not have kids, WAKE UP! life isn't a guarateed gravy train ticket for those of us born into working class families. Many parents that were financially capable of supporting children experience life changes: redundancy, ill health, death of a partner etc. If only the rich reproduce, who is going to do their dirty work?

If only the rich reproduce because the poor can't afford to, then the market price for working class labour would rise as the rich would have to up their kids' allowance/wages so that they as a family can keep up appearances.