The tabulation of National age, or, The 4 Nationhoods of Singapore 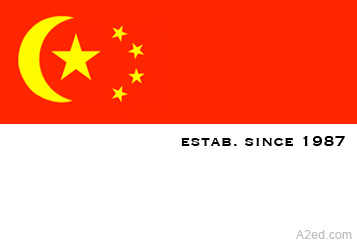 A linear tabulation of age only counts when wear-and-tear, biological age, amongst related others, are taken into account.

When it comes to culture, its age can only be determined by the continuity of a culture of antiquity to the present in terms of perspective.  When there is a major shift in culture, and the people began to go along a path that people of a previous era would not have if they had continued along their path, then we can say that their cultural age starts from zero at the point of the major transition, or shift away from an earlier and dominant mode of thought.

This perspective for instance, and ed, is not borne of ‘Singaporean culture’ per se.  Rather, you could say that it is borne of ‘Singaporean culture’ of the 70s and 80s.  You aren’t going to find another person in the ‘Singapore’ of today who’s going to be able to think along these lines, or find almost anyone who will accept it despite the reason involved - though you might find such people who might produce it back in the 70s or 80s, or, if not, people whom are willing to engage in it and comment on things that are not usually thought about by the majority.

India, in contrast, has had a thousands-of-years old culture that still has continuity till today.  Critical thought, multiculturalism, popular intellectual individualism, amongst others, still continues the way it was from before the birth of Christ till today.  Chinese culture does not, unfortunately, share the same continuity.  Western culture may be dated back to Grecian times.  But, given the significant and long break in between as witnessed via the Roman Empire, etc, before the Renaissance, Reformation and Scientific revolution reinstated the intellectual trajectory of Greek times, you could say that contemporary w.European history is = the Greek years - Roman years + the years following the Reformation.  Though, to some degree, the imperial megalomaniacal approach as witnessed in the Roman era, and their stance against the Muslims via the Crusades, etc, still continues till today.  In this sense, one can say that w.European history does have continuity from the past to the present.

In the case of Singapore, as their ‘national day’ approaches, some are readying themselves to celebrate 47 years of nationhood.  Logically, in the light of the perspective discussed briefly above, it isn’t.  You could say that its been x number of years since the British left, or x number of years since the end of the union between Malaya and Singapore.  But you cannot say that it has 47 or whatever years of ‘nationhood’.  When you talk about ‘nationhood’, you are talking not only about a political union, but a cultural one as well.  Can one say that Tibet can celebrate thousands of years of nationhood as the Chinese ethnically cleanse it off its Tibetan majority?  No.  The age of the Tibetan nation would began anew with the ‘renewal’ of their ethnic history with the aid of the helpful Chinese.

Same logic applies in the case of Singapore.  Singapore, since the most unfortunate departure of the British, had 4 ‘nationhoods’, or ages, that had significantly different cultural trajectories.

The first one was the Malay ‘nationhood’ when singapore had yet to have its umbilicals severed from the Malayan motherland.   Whilst comprising the Malays, Indians, and Chinese, it was significantly under Malay cultural auspices - not really a bad thing that.

The second ‘nationhood’ was experienced with the severing of political union with Malaya.  This was the multicultural nationhood of singapore.  What happened during this time, in brief, is that there was growing fusion between all races/cultures with the multicultural and semi-westernised English-speaking sector of singapore.  The traditional approach or more culturally exclusive or inward-looking tendency amongst all cultures/races was being weeded out. (ed was a product of such times).

The third was the ‘chinesification’ of singapore whereby the growing cultural and political control of the multicultural and English-speaking sector of Singapore was clamped down upon by the pro-Chinese government in favour of the traditional chinese sector of singapore.  Confucianism was brought in, Chinese culture was celebrated with increasing national pomp, the mother-tongue policy that forbade cross-cultural linguistic learning, and other efforts to culturally chinesify singapore.  In this age, the cultural shift in singapore moved from multiculturalism to chinese monoculturalism as the government readied singapore for its final stage of ‘nationhood’ - the cultural and economic fusion of singapore and china.

The fourth and final nationhood is that of the present.  From certain accounts, more than a million Chinese from China have been brought in under the pretext of countering low chinese birth rates - thus reducing the Malay and Indian population to what might now be less than 10% of the total population...and decreasing.

(Personally, i don’t see why that has to be countered as it shouldn’t matter which race is more productive in bed so long as culturally, the people are one.  But upon cultural division, and chinese supremacist policies by the government, it becomes important as this latter cannot be achieved without the former.  Of course, the real intention was to finalise cultural and economic union with China.  This was also aided by the importation of Chinese sports persons so that a win for singapore can be a win for China as well, and vice versa.)

You can only tabulate singapore’s age from, for instance, the late 80s, or 1987, when singapore took a sinocentric turn of events, and effectively burnt all books and buried all scholars whom were a product of a multicultural singapore.So, from the time when Singapore’s ‘motherland’ was Malaya, to the present, when its motherland is China, we have seen 4 different nationhoods.  The current and fourth ‘singaporean’ nationhood began with the 3rd stage when the cultural evolution was handed over to the traditional Chinese who then determined which aspects of non-Chinese singaporean culture was too troublesome or ‘chong hei’ (chinese word for long-winded) in perspective or pronunciation to be included into ‘singaporean’ culture.  In this phase, or from the 80s, ‘singapore culture’ effectively became ‘Chinese culture, and hence, the degree of difference between the ‘locals’ or ‘native-borns’ in singapore from their counterparts in China was only in degrees, not orientation.

Just taking a look at a popular ‘local’ site for ogling at ‘singaporean’ girls - Sggirls.com - one can see how singapore is associated solely with the chinese in the site slogan, ‘Singapore girls...Oriental and Beautiful’ with categories for Korean, Japanese, etc, but none for Indian or Malay girls - chinese self-absorption seems to know no bounds it appears.  There are numerous other instances of such self-absorption if one is not underdeveloped enough to notice.  But the point here is, when one is celebrates 47 years of nationhood this August 9.  You can only be celebrating, logically speaking, the number of years since the Brits left, or since the union with Malaya ended.

As far as ‘nationhood’ goes.  You can only tabulate singapore’s age from, for instance, the late 80s with the governmental clampdown on the so-called 'Marxist Conspiracy', after which singapore resolutely took a sinocentric turn of events, and effectively burnt all books and buried all scholars whom were a product of a multicultural singapore.  The so-called Marxist Conspiracy, be it true or not, was basically a period when the multicultural fusion and intellectual and perspectival consequences of it was reaching a political and social expressive point of increasing vigour.  This had many other manifestations with lots of chinese taking on English names, fusing with the English-speaking sector, discarding traditional attitudes and certain cultural practices, etc, etc.  1987 could be seen as the point when this entire perspectival movement was clamped down upon.  Thereafter singapore, like China in 221b.c. started from the age of zero and went on an entirely different developmental - or underdevelopmental - curve.  That, logically speaking, is the birthpoint of the Xingapore of today.

...But the ed is still, and in supersonic flight, on the same trajectory that Singapore was in the 70s.