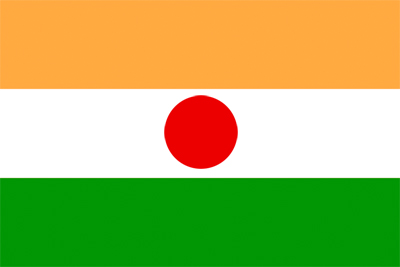 I’m on the side of the Japanese on this one.  We need a counterbalance to increasing Chinese belligerence - via its mainland and diaspora - to keep s.e.Asian states free of Chinese misrule extending its influence beyond its ever-expanding borders.

What i’d rather see is a Japanese-Indian alliance countering the rising power of the petulant, self-serving, and fascist dragon betwixt.  I still remember how some Indians joined up with the Japanese during the European initiated ‘World War 2’ to eject the British colonialists from the region via Subhas Chandra Bose’s ‘Indian National Army’.  Quite a good thing that - though his temporary work with the Nazis was, on hindsight, misguided.

However, that wasn’t a good time for an Indo-Japanese union as the Japanese would simply have stepped into British boots and done worse than them given that they were still caught up in the euphoria of being able to better the west in their wars with Russia and China.  But Indian influence would have tempered the more inhumane and megalomaniacal tendencies of the Japanese back then if they were to join in the administration of the colonies since India, unlike China or Japan, has less of the socio-economic-military belligerent streak that is one of the quintessential hallmarks of Chinese history, as was similarly the case, though to a lesser degree, in the case of Japan.  Knowing the Indian psyche, they would have freed the colonies and left them to their own devices, though Japan, as they were back then, would have wanted to continue colonising them.

What i’d rather see is a Japanese-Indian alliance countering the rising power of the petulant, self-serving, and fascist dragon betwixt.But now, with the democratisation of Japan, which thankfully occurred before the country could be dumbed down intellectually and perspectivally, the Japanese are certainly ready to take the helm in balancing power in the region, and especially so if this was to be done within an Indian-Japanese coalition. In the case of the Chinese, democracy was, or will be granted, or advances, after the people have been dumbed down enough to have them thinking that the freedom to travel from one end of the country to another to eat, to shop till one drops, or to do unto one’s neighbour that which the government does unto them, is freedom enough.

Singapore, the first ‘offshore’ chinese state - that was once, and originally, a Malay state, is a case in point.  Both states, after all, are democracies.  And given the ties between India and the u.s.a., China would have to watch it’s step as it is flanked by both the Indians and Japanese which are in turn supported by the u.s.a.  (i’d rather the Indians  get closer to the British and do without the americans actually, as the latter aren’t really that different from China in their petulance and socio-economic fascism, though the Chinese, i would liken to the Nazis as their approach is more racial supremacist rather than just cultural.)

Additionally, as China tries to buy its way into other regions like central Asia and Africa prior to a future ethnic colonisation and perhaps ethnic cleansing via a combination of governmental policies-cum-chinese apathy - as they did with great success in singapore....congratulations, and as is underway in Tibet - these other states could potentially turn to a Japanese-Indian alliance and thus reduce Chinese influence and intrusion into their states.  Though, however, Russia is more likely to influence Central Asia.  The point here is not to give more power to the Japanese or Indians, but to have them serve as a more humane, multicultural, and culturally variable counterbalance to the Orwellian 1984-like tendencies of China.  In this, the Chinese themselves might be forced to recognise that there can be another way other than that which they have been accustomed to since Shih Huang Ti burnt contradictory books and buried its scholars more than 2000 years ago.  Chinese culture was lost then, and all that transpired since then was the development of a ‘culture’ of playing follow-the-leader and doing one’s best in the face of an oppressive imperium that sought to have the populace mirror them (Confucian ‘self-regulation’) so that they could comprise a symbiotic whole of mutually supporting self-interested entities.

...other states could potentially turn to a Japanese-Indian alliance and thus reduce Chinese influence and intrusion into their states.Unfortunately, this is not likely to be.  The Indians, given their highly multicultural history, and which has enjoyed events of greater humanity than both China and Japan put together (despite its evils, India has seen quite a few kings giving up their thrones to becomes monks, the first to have an animal hospital, more philosophically inclined, appreciative of difference, hardly sought to colonise any s.e.Asian state they interacted with even though they could have, etc, etc, etc.), do not have a history of brazen greed for power and wealth as did and do the Chinese.

China itself is a product of socio-economic and genocidal colonisation over the centuries - the original ‘China’ ‘united’ by Shih Huang Ti in 221 b.c., for instance, comprised a significantly smaller portion of the China of today.  They have proceeded with the objective of subduing all difference and peoples into a single culture and under a single authority for more than 2000 years, and are now pursuing this fascist tendency beyond their own borders via their increasing diaspora with Singapore now serving as the disseminating hub for the region - the Chinese from China are being invited into the country, given a socio-economic leg up, and will then launch into the rest of the region - the same thing was done by the local chinese in the face of the other races in singapore in the past.  Hence, some sort of counterbalancing union is required in the region.  But the Indians, not really having much of a competitive streak - they enjoy the Olympics, but can’t be bothered to train to be a part of it - being quite respectful of individualism and difference, having a history of federation or/and mutual independent co-existence rather than empire, aren’t very likely to want to want such an alliance.

Unfortunately, this will be their undoing in the region, and as a state, as the Chinese, whom presently might work with them for their own benefit, will probably and eventually edge them to the periphery once all relevant knowledge has been acquired simply because ‘they aren’t Chinese’.  In fact, quite a few foreign Indian professionals i have interacted with acknowledge that the Chinese are racially biased and racialist in orientation, but they just focus on their jobs so as to get the relevant experience to get to the west, or just do their jobs because they are contracted to do so by their companies, like Infosys.  What’s going to be happening in the longer run then?  Without an Asian alliance of some sort?  Asean will eventually be more and more Chinese-controlled via Singapore, Thailand, etc, and as the Chinese elite get control of the economies of other states.  We need another alliance to counterbalance this, not just for the sake of India or Japan, but to keep humanity alive in s.e.Asia and prevent it being redefined along the lines of naked consumerism and self-interest.  And the fact that India and Japan are quite culturally different will help to ensure that socio-cultural development isn’t biased towards one or the other.  In fact, the malay population could also be roped into such a coalition, and the Filipinos as well.  I don’t think they’d stand much of a chance to get more Sinically-oriented states like Vietnam, Korea, and other such states.  What we need is a coalition of difference and democracy.

You could say that they are simply pawns in the self-aggrandizing and megalomaniacal schemes of their hallowed leaders.  If they are what they are, it is not because they are as such by race, but by the machinations of their leaders whom place the people in preferred positions relative to other races and cultures, and that in effect serve as a great wall between the leaders and all difference, opposition, and humanity.

I can only hope for an Indo-Japanese alliance.  But though i know that this will probably not be, the intention of this article is to simply ask after what historical and regional facts would instigate such a hope.