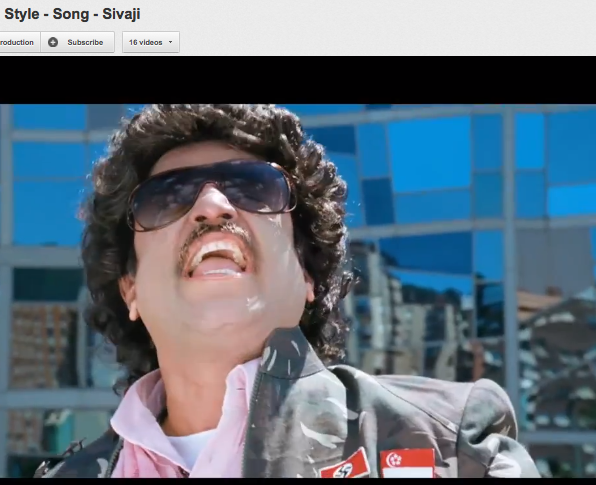 I was watching Rajinikanth's 'The Boss' movie in the UK.

During one of the song-and-dance routines where Rajni paints himself white and looks down on his darker self, he wears a jacket with two patches of flags next to each other on his jacket. One was the Nazi swastika, and the other, the singapore flag. I was surprised. - watch from 2:10 onwards.  At the end of the music video, a 'black' version of Rajini appears, and the white Rajini tells him to get lost.

The music video elevates the white colour whilst putting down the black, and the two flags are on his jacket. Is this an appreciation of the 'nazi' nature of xingapore? I wonder who else who watched this movie realised this. In a conversation with 3 Indians from s.India recently, when i mentioned about singapore's racism, they all nodded and said they knew about singapore's chinese bias....which is why they would only consider making money in singapore, but not staying permanently. Interesting.