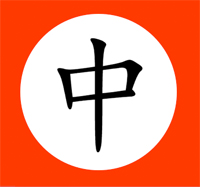 It's interesting to know that xingapore's cable and broadband companies are sort of partnering with China's telecom firms like 'hwa wei' as well. Wonder when these people are going to grow up, get egalitarian, and stop sticking to their own - and stop caring about falling chinese birth rates as if that is an issue in what is supposed to be a multicultural state. And, by the way, the U.S. has issued alerts against Hwa Wei and ZTE as security threats and possibly linked to China's government and military. 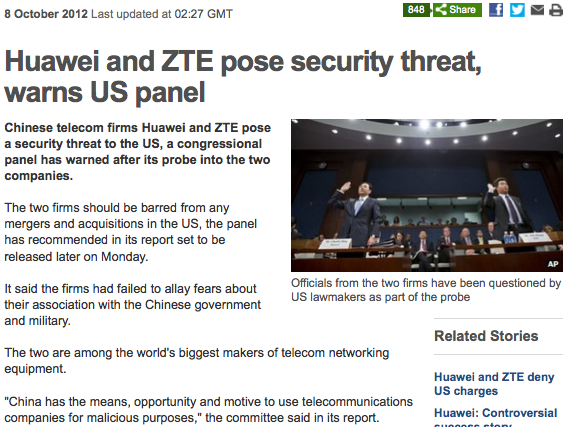 I’ve even heard of cases where Indians from India who’ve stayed here for some years, earn quite a bit, and do social work, have their PR applications rejected, whilst new local students from China are invited to apply for a PR - from my Irish brother-in-law who teaches foreign students English.  Personally, i’ve heard first-hand accounts of rejected PR applications from non-Chinese who married locally, stayed here for years, and have had children as well.  Said one Thai girl in her 40s to me, “every month i have to save money and put it into my bank in Thailand because i know if my (local) husband die, i have to go back”.  And she told me that quite a few of her Thai girlfriends are in a similar situation.

China has the numbers to ethnically and culturally colonise the entire region, and given their 2 millennia-old history and culture of aggression, self-absorption, and fascist monoculturalism, they will not know how to do otherwise.I told V (singapore chinese girl), my constant companion over the past decade, “this multiracialism that you see now is only temporary.  In years to come, most of them, except the Chinese, will be sent back and their jobs will be taken over by the continuing inflow of Chinese, and their kids.  The local chinese will fuse with the new chinese, and singapore will become another China, and a regional hub for a greater China acquiring regional corporations or bringing them within the sino-xingapore umbrella, and also enabling chinese economic, cultural, and political colonisation of the region.

Many of those non-Chinese whom are given PRs will also leave the country as it becomes avowedly Chinese.  In the historical past, the Chinese and Indians who came into singapore, which was a Malay state, did so to escape chinese civil wars or to make money.  India was democratic enough for the Indians to consider returning after having made money, and hence, many of them did.  The chinese didn’t have much of a choice as things were pretty bad in China.  In the present, the Chinese were like the Indians in the past.  They are here to make money, but xingapore had been turned into enough of a chinese state for them to see it as their home-away-from-home, and hence, they will stay, whilst many of the new Indians will leave due to chinese penchant for ‘their own’.

LKY and Co. know that singapore will not be able to handle this extra population that is coming in at present, but, with increasing education, experience, and population explosion, the chinese will be forced, and also be financially able, to move into the rest of the region.  That can be plausibly believed to be their long-term plan given their supremacist moves in other areas.  LKY and the ed meister appreciate one important principle - why lead the horse to the water?  It's best that you incite thirst in it so that it would seek it out itself....and lead you to it as well;) (ed's quote)  However, if this is not Lee and Co.'s intention, it will nevertheless be the consequence.

Singapore, will serve, not as the ‘little red dot’ as it is fondly called by the ignorant and juvenile, but as the little yellow boil that will burst and send its monocultural lava flowing into the rest of the region.All those xenophobic whiners about singapore not being able to handle these extra new foreigners don't realise that singapore is just purposed to serve as a stepping stone for regional chinese domination.  The plight of the Malays and Indians in xingapore-today will be the plight of the non-Chinese in much of s.e.Asia in the future.  China has the numbers to ethnically and culturally colonise the entire region, and given their 2 millennia-old history and culture of aggression, self-absorption, and fascist monoculturalism, they will not know how to do otherwise.

Singapore, will serve, not as the ‘little red dot’ as it is fondly called by the ignorant and juvenile, but as the little yellow boil that will burst and send its monocultural lava flowing into the rest of the region.  I have to give credit to LKY for such a scheme.  Very shrewd indeed.  But certainly a misuse of intelligence, which, the ed believes, should always be for the common and egalitarian good.  I suppose, in this day, age, and region such a perspective is quite archaic.

postscript: this is not an anti-chinese statement, but an anti-fascist and anti-racist one.  If you put anyone of any race through such a situation, they will turn out the same.  It is a cultural thing, not a racial one.   Unfortunately, in Chinese history, having lost to the fascist government in 221 b.c., and the intellectually vibrant chinese of the preceding Chou period were put down and their intellectual legacy burnt, the culture that developed served to reinforce the status quo that is well-illustrated in the translation of the chinese words for 'China', which is 'central land' or 'middle kingdom'.  This perspective has remained till today, and will, logically, serve as the basis upon which sense is made of s.e.Asian and global potentials.

When a race and such a (legalist-confucian) culture is made into one, then an anti-racist statement will inevitably come across as a racist one.  The fault here is not in the latter, but the former.  The chinese will do well in not allowing themselves to be used as pawns in the supremacist schemes of their leaders.  They will gain by apathy.  But they, consequently, will not be able to absolve themselves from allegations that they profitted from racism even if they aren't racists themselves.  In such a case, the chinese are themselves victims of these strategies, but being underdeveloped by such a situation, they will, upon taking control of the reins of cultural, political, and economic development, will have no other standards other than a racially/culturally biased one to determine what is right and wrong.  And hence, they will become the progenitors of the state's supremacist strategies.