Why Feminists Can Shove It 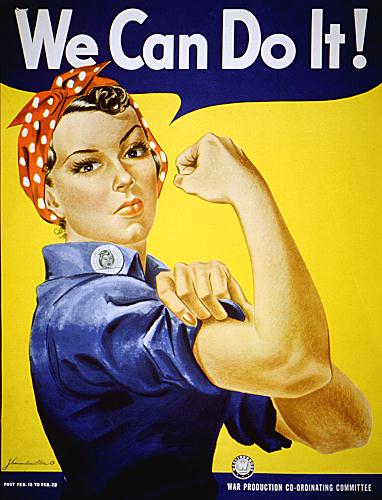 Viewpoint: What if Women Ruled the World

Not so long ago, the idea that women might rule the world seemed slightly ridiculous - like something out of science fiction. But in an essay to mark International Women's Day, political analyst and former White House press secretary Dee Dee Myers argues it's now a topic that can be seriously discussed.
- bbc

Certainly not. Women, having become as bad or worse than men, will not have a 'fairer' sex to possibly emulate as did men in the past. Hence, the evil of men will be perpetuated in 'women' whom have become the latest incarnation of the patriarchal and exploitative character.

Anyone watch the unfortunately and highly popular 'Big Bang Theory'?

Madeline Albright, a woman, who said that the killing of close to half a million children in Iraq via medical embargoes 'was worth the price'.

I bet feminists were thrilled that a woman was finally in a position to say this from a position of traditionally masculine authority.

Feminists are too fixated on the rights of women to bother about equality between the sexes. ~ ed


Feminists say nothing when men are treated the same way as women once were in the media.  That just means that they have moved on from seeking equality between the sexes to domination by women.

That leads me to think that Feminists are too fixated on the rights of women to bother about equality between the sexes.