The Problem with the Dictionary and Language Today 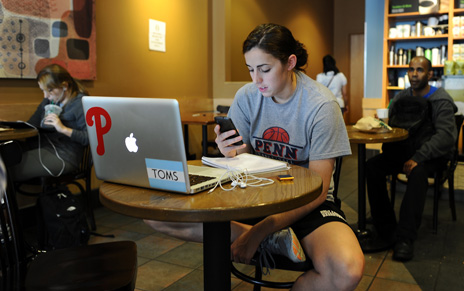 From text messages and email to chat rooms and video games, technology has over the past few decades brought an extraordinary new arena of verbal exchange into being - and one whose controversies relate not so much to foreign infiltrations as to informality, abbreviation and self-indulgence. Hence the swelling legions of acronyms (LOL!), grunts of internet-inspired indifference (meh) and social-media-inspired techniques for dramatising the business of typing (#knowwhatImean).  - bbc

Language Purists were dismayed that the internet slang, “LOL” was included in the dictionary.

What is a ‘Language Purist’ anyway?  Well, they are simply people whom like the way language already is, and want it to remain that way.  If there was a dictionary around, say, 1000 years ago, what would its contents be like.  Well, it would have the vocab of the elite, and the peasants, and limited by the cultural and technological state of affairs of that time.

In the past, standing up for the culture or hegemony of the wealthy elite might get you accused as an 'elitist'.  Now, speaking and thinking like an adult might get you similarly accused.  OMG!


And what would a dictionary look like, say, during the times when the Africans were enslaved.  ‘Nigger’ would have been in it, and it wouldn’t be explained as a ‘derogatory term’.
How about if Hitler was successful in ‘Aryanising’ the planet and getting rid of those ‘races’ whom were deemed to be inferior?  How would ‘Jew’ be defined in such a dictionary?

Same thing goes for the dictionary now.  It is not just a book which one might refer to to determine if the word pieced together in a game of scrabble or boggle is acceptable.  It is not simply a book to refer to to hone our skills in speaking properly, but in helping us to be understood and to understand within a particular perspectival scheme of things.

So what does the dictionary tell us of its own value with the inclusion of the term, “LOL” amongst others?  It tells us, as mentioned above, that the dictionary is not there to help us speak properly, but to understand.  We should not confuse the former for the latter.  It is two different things.

These are times when the ‘like’ button is preferred over an actual articulation of feelings and thoughts.  All tints and tones and gradients betwixt fades in favour of black or white, awesome or weird, like or dislike.

Let’s just imagine that the dictionary is just invented now.  What would it comprise?  How many words would it include?  I’d say that it would be a pretty thin book with explanations for emoticons, abbreviated spelling as can be seen in text-messaging, internet slang, and american or juvenile forms of communication.  We might even see words like ‘Internet’ and ‘Santa’ being spelt, ‘innernet’ and ‘sana’ as pronounced by speech and thought-challenged Americans.  In fact, we might have two dictionaries.  One for the ‘geeks’ of various professions whose vocabulary is only extensive insofar as their respective professions require, and a common one which would include the cross-cutting language used by everyone the moment their work-day ends.  That’s where the emoticons, slangs, abbreviatons, etc, comes in.  And if one looks closely enough, one would realise that the language of these times is not dissimilar to the language spoken by children.

It is the Orwellian Newspeak in action that we are witnessing.  It is all around us.  In adverts, movies, sit-coms, text-speak, facebook comments, ‘like’ buttons, et cetera, et cetera.  It is a time when intelligent thought is dismissed as ‘psychobabble’, where those whom don’t mindlessly fall for fashion are laughed at as ‘nerds’, ‘dorks’, and ‘geeks’.  It is a time where difference is viewed as ‘weird’, and conformity is ‘awesome’.  It is a time where one word, like ‘awesome’ is used to describe every experience as if it actually means anything other than one liking it.  These are times when the ‘like’ button is preferred over an actual articulation of feelings and thoughts.  These are times where effects-based movies, rather than one having an intelligent storyline and progression, becomes 'blockbusters'.  All tints and tones and gradients betwixt fades in favour of black or white, awesome or weird, like or dislike.  In the past, standing up for the culture or hegemony of the wealthy elite might get you accused as an 'elitist'.  Now, speaking or thinking like an adult might get you similarly accused.  OMG!  In fact, the whole idea of 'adulthood' is fast being reduced to the standards of an American teenager with a speech impediment.

I’m not a ‘language purist’.  I’m a ‘perspectival purist’.  That is, one who believes that there are perspectives that makes more of us, and through which enables us to appreciate reality for what it is, as opposed to that part of it that leads us to not think beyond pressing a ‘like’ button.

Society has degenerated to the childish.  Perfect for the control of the masses; for the sale of shiny new iPads and such; for people to associate ideas of ‘revolution’ with the latest Marvel comics, or food recipes, or latest technological gadgets, et cetera.

In that, the dictionary becomes increasingly a purveyor of the deficiencies of these times rather than a reference for a higher form of speech, and hence, thought.

People might say, ‘well, what the hell’s wrong with that?!’  The problem lies in the language of these times reinforcing the tendency toward what Freud would term as the desire for immediate gratification as illustrated by the ID.  That feeds a generic tendency toward a childish desire to be satisfied with the least thought.  And those who desire such satisfaction would also be inclined toward that which delivers instant gratification as opposed to that which stimulates the greatest thoughts.  Put it this way, if the generations-past thought such a way, we wouldn’t have the inventions that exist, and people would still think the world was flat.    I’m not a ‘language purist’.  I’m a ‘perspectival purist’.  That is, one who believes that there are perspectives that makes more of us, and through which enables us to appreciate reality for what it is, as opposed to that part of it that leads us to not think beyond pressing a ‘like’ button.