Housing and Ageism in the UK 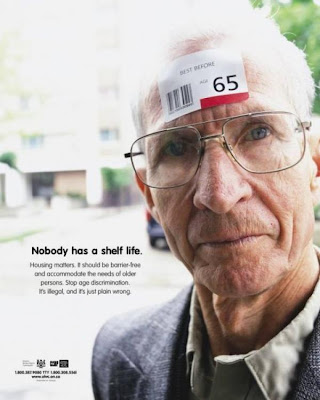 The consequences of the housing benefit cut introduced in April are worse than feared, the National Housing Federation has said.
Rent arrears have soared in some areas while larger houses are lying empty as people refuse to move into them.
Housing benefit recipients of working age, in social housing with spare bedrooms, had their benefit cut by an average £14 per week from April 1.

"What we've seen are really bad effects on individuals, people whose lives have been turned upside down, who are very frightened about the future," says Mr Orr.

One of the government's stated aims for cutting housing benefit for people with spare rooms was to get them to move, thereby freeing up homes for families living in overcrowded properties.
BBC
Facebook


I think the elderly ought to have the right to stay put in their homes whatever the size. A lifetime of contributing to the economy by labour for wages or love gives them that right. We afford the Queen even more, so why not the subjects who afford her that luxury? 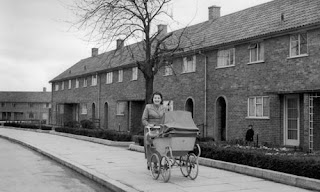 If there aren't enough houses for those with larger families or the young, go build more. I don't see why the elders should be victimised. Let them have the joy of the surroundings they have nourished their lives and the lives of others.

They aren't just units of production whose right to space to do more should be taken away once they are retired, be it from wage-slavery or mother/fatherhood. Considering the rent many pay, especially in council houses, they would have already paid the cost of the house itself more than once over - in that sense, council houses do not help the relatively impoverished, but exploits them. Legally or contractually, it might not be theirs, but rightfully, it most certainly is.


To deprive them of that space is to reduce them to only mothers and fathers who have outlived their usefulness because the young uns' have flown the coop.  Perhaps the i-generation of these days, having been underdeveloped, cannot visualise more personality in the old - as evident in media productions and social views amongst the young - and the related need for space, and hence call for them to move to small accommodation.  Perhaps the young are wondering how much space a person would need to store an ipad and play angry birds, and hence cannot understand why an elder person would need more space than a single room. 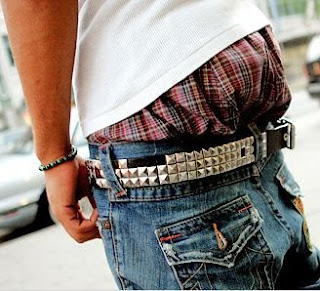 The shortsightedness and self-absorbed apathy of the young is mind-boggling these days.  It seems that everyone whom are old enough to not know how to pull up their jeans seem to be in denial that they are going to be in the same position as the elderly are today one day, and to the extent that they treat the elderly as a species apart.  What gross idiocy afflicts this generation.

I can empathise with the elderly - and even when i was a teenager as well - as i put myself in their position. When i get to the age where i can enjoy the full weight of Ageism from what is certainly going to be an even more immature, ignorant and arrogant younger generation in the future, i would still like a separate space for my art and music composition, as well as another to read and sleep, and another to watch my collection of sci-fi blu-rays and 70s TV series.  Nobody is going to tell me that my rightful space is going to be dependent on my continuing to be a father or a diminutive 'worker'.

Whilst there are many beautiful aspects to this country, the way this country treats its elders - and which seems to be gradually becoming the case elsewhere in the southern hemisphere, whether via media, sit-coms, policy or 'just having a laugh', is nothing short of shameful.