So who does Gibraltar belong to? 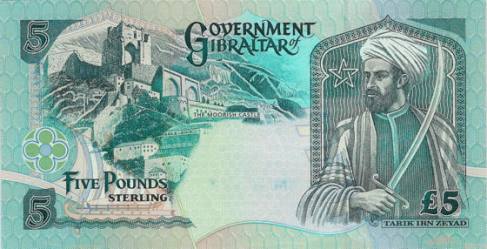 Spain is considering a 50 euro (£43) fee to cross its border with Gibraltar, amid a row over an artificial reef.

The latest tensions come after the British territory began work on the concrete reef, which Spain claims infringes the rights of its fishermen.

The UK Foreign Office said it was "concerned" at the minister's comments.
Britain has governed Gibraltar for 300 years but Spain disputes UK sovereignty over the rocky outcrop on its southern tip.
bbc
Q&A


In terms of length of rule, you could say that it belongs to the Moorish Muslims as they controlled it from 711ad to 1462, and did much to enhance its intellectual and cultural evolution - without them, the European renaissance, scientific revolution, etc, would probably not have happened.

You could say that it belongs to the Spanish. But what is 'Spanish' after a long Moorish presence given the influence of the latter - i think the reason why the Spanish are a passionate people is significantly due to cultural intermixture and influence from the more passionate and vibrant Arabs.  I’ve often wondered why the Moors were finally evicted.  Was it that they failed to integrate?  Or was it that the spanish refused to integrate?    Anyway, whilst people talk about the historic Muslim 'occupation' of Spain as if they never had the right to be there.  I wonder why the same language is not used when it comes to British rule.

Britain has very little claim though - in terms of length of rule or cultural contribution. I don't think Fish and Chips is culture of any great significance unfortunately.

Britain, in comparison, has very little claim though - in terms of length of rule or cultural contribution. I don't think Fish and Chips, or having a royal family paid to be better than the population so that the population can feel proud of themselves through the royal family, is culture of any great significance unfortunately.

Some might argue that it should be left to the will of the people of Gibraltar.  But that wouldn’t be entirely fair actually.  That is like Tibet being asked to vote on the issue of independence from China after China had ethnically colonised the state.

Anyway, given that the UK didn't give a hoot about the claims of the Rajahs of India or the Empress of China despite the fact that these rulers had been doing their thing there for far longer than the UK had been in Gibraltar, i have to wonder on what moral basis the UK is founding its claims to Gibraltar that might not simultaneously be plausibly construed as a venture motivated by gross hypocrisy and double-standards.