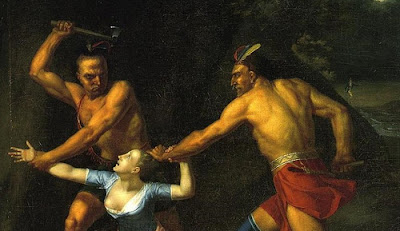 Every September 11, we are reminded that it was ‘terrorism‘ that brought down the Twin Towers in New York.  We are fed with a barrage of documentaries that 3-dimensionalises the victims and heroes of the tragedy.  The twins who died there, the lovers who died there, the heroic firemen, the parents who grieved, et cetera, et cetera, et cetera.  I suppose it is easier to sympathise and empathise with people even more when they are presented upfront and personal.  I mean, that is why we are always glad when the baddies get killed in terrible ways in american movies because the victims are oftentimes presented as more than just faceless victims.

But that does not happen with, say, the close to half a million children who died in Iraq thanks to u.s. Sponsored medical embargoes over 10 years, which, the u.s. Ambassador, Madeline Albright, said, ‘was worth the price’.  I don’t see documentaries dedicated to the twins who died, or the dreams of some of the children, or the grieving parents, or the close to half-a-million funerals, and the mourning that served as its entourage.  I don’t see documentaries on the sufferings of various groups of Palestinians thanks to the u.s. sponsored state of Israel.  There is a lot we don’t see, or are not allowed to see.  Hence, many are further drawn to empathise more with americans than with anyone else on the planet.

To the westernised mind, as it was in the mind of the slave masters from America to Australia, to retaliate in the face of the western whip was a sure sign of savagery.  ‘You are either with us or against us’


But what really got attacked on September 11 was not only the Twin Towers, but commonsense and empathy.  The world went to war on the side of the americans after they suffered just a few thousand losses of life.  You might baulk at the use of the word, ‘just‘ here.  But that is exactly the word used by the BBC reporter on the telly after 11/9 with reference to the children who died in Iraq - ‘JUST 350,000 children, not half a million‘ - endquote. 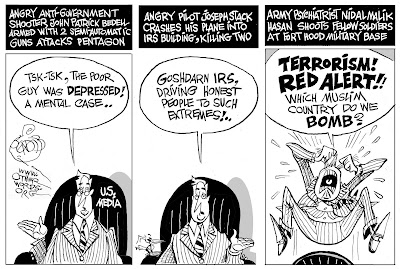 Those whom are aware of colonial history the past few hundred years, and appreciate the present as just a moment from that history, will realise that the words have changed, but not the approach toward the non-western world.  In colonial times, when the west robbed and pillaged most of the world, in the name of some bandit king or queen and the nation’s elite, all those who opposed them were deemed to be ‘savages’.  The fact that they opposed them was itself taken as evidence of savagery.  It didn’t matter if the west fired the first shot.  If you shot back, you were a savage.  With this approach, they carried on genocidal activities throughout the world.  In India and Africa itself, more died in serving the British Bandit ‘Queen and Country’ or being enslaved than the losses suffered in both world wars put together.  Millions and millions of Africans were enslaved, the population of Tasmania was completely decimated, masses of aborigines were killed from n.America to Australia.  And if anyone opposed the smartly-dressed colonial soldiers, they were ‘savages’ - because they weren't as 'smartly-dressed' or exploited the land and each other as did the west.   It was a very self-serving logic.  They were savages, so they had to be dominated.  And if they opposed, they were savages.

For myself, the greatest attack on 11/9 was on commonsense and empathy.  It served to reorientate commonsense from a logical appreciation of things to an american-serving one.


Well, I always thought that that was the past, and I congratulated the British for their atypical global egalitarian spirit which they exhibited in increasing amounts since Gandhi booted them out of India with his barefeet.  (if you notice, americans tend to make fun of Gandhi in some of their sit-coms as ‘wearing diapers’, etc, so as to reduce the achievement of someone who didn’t need to put on a smart suit to kick out the entire British occupying force.  It indicates the degree to which they are adept at reducing through juvenile ridicule those who stood up to the west.)


However, with 11/9, I realised, with great disbelief, that the colonial spirit that led the white man to tie aborigines in Australia to trees to use them for target practice, or behead husbands and make their wives tie their heads around their necks, or shoot down or hang blacks who refused to take their place as slaves, or carve out a piece of Palestinian land and hand it over to the Jews whilst sitting back and watching whilst the Jews took even more by force thereafter, and so on and so forth, was still alive and kicking.   Nobody talked about how they had been killing the middle-easterners for decades via embargoes, bombs, and tyrannical governments.  But when they struck back, just like it was in colonial times, they were deemed to be savages, or in modern parlance, ‘terrorists’.  To me, it showed how tolerant the middle-easterners were as the Americans didn’t wait for decades or an increasing death toll to retaliate.

Basically, the ‘war on terror‘ was a war on those who dared to subject the americans and the western world to the selfsame terrors they were subject to by the west. 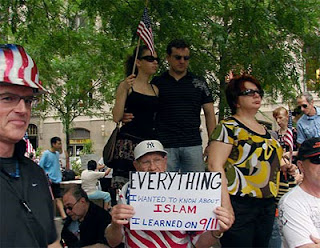 To the westernised mind, as it was in the mind of the slave masters from America to Australia, to retaliate in the face of the western whip was a sure sign of savagery.  ‘You are either with us or against us’ said George Bush to the world, or rather, the non-western world.  They are terrorists who do as they do because they are terrorists.  The same ‘logic‘ was applied in colonial times - ‘they are savages who do what they do because they savages’.  They gave more credit to dogs.  If you were to hit a dog and it was to bite, it was your fault.  But if you were to kill a non-westerner’s child, and they were to hit back, they were ‘terrorists’.  To talk about cause and effect wasn't allowed as history might indicate that the 11/9 attacks could logically be construed as a 'war on terror' as well.  This ‘chosen people‘ mentality reared its historical head and on 11/9 and stayed.


For myself, the greatest attack on 11/9 was on commonsense and empathy.  It served to reorientate commonsense from a logical appreciation of things to an american-serving one.  Commonsense dictates that the 11/9 attacks in the u.s. And the 7/7 attacks in Britain was simply retaliation.  Western supporters went about accusing those who sought to explain these events as ‘supporters of terrorism’.  For myself, it was just a scientific analysis of the event.  The best way to stop any evil is to root out its cause.  The terrorist didn’t emerge whilst the west was just minding its own business and handing out flowers and teacakes to everyone they met all over the world.  The ‘terrorist‘ emerged after events that led to hundreds of thousands of deaths on the side of those they deemed their family.  It is gross hypocrisy-cum-stupidity to think it right to attack the middle-east after a few thousand americans died in 11/9, and not simultaneously afford the moral outrage that precipitated the ‘war on terror’ to the middle-easterners who suffered even more than that. 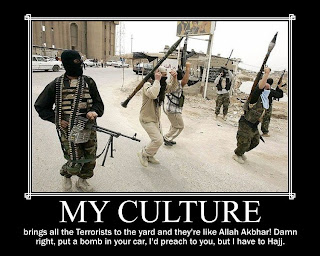 Basically, the ‘war on terror‘ was a war on those who dared to subject the americans and the western world to the selfsame terrors they were subject to by the west.  The 'just 350,000' children who died in Iraq is nothing compared to a few thousand american lives on 11/9?  This line of thought, or thoughtlessness, has a perspectival lineage going back to those who used aborigines for target practice or enslaved the Africans.  Is it any wonder that a racist non-white-excluding union can be formed via the EU, or that right-wing ideas are now gaining currency amongst major parties even in Britain?  When the non-western 'other' can be successfully reduced to a statistic, or they are demonised as nothing but a modern version of the 'savage', nothing less can be expected.

For myself, there is a great difference between understanding terrorism and condoning it.  But I’m not going to put the retaliator on trial without according the one who started it first a higher priority  in the queue to the dock.


For myself, there is a great difference between understanding terrorism and condoning it.  But I’m not going to put the retaliator on trial without according the one who started it first a higher priority in the queue to the dock.  If I am not doing it because I sympathise with either, I’m doing it to at least preserve the integrity of that thing called commonsense.


(the writer undertook an independent double-dissertational level of study - Racism in the Colonial Context - of western racism from greek times to the colonial period, capitalism, religion, and philosophy during his tertiary studies.)

Perhaps he's just buying time till u.s. sponsored chemical attacks via rebels can be carried out and the blame put on the Syrian government.

Or maybe rebels are planting traces of Al Qaeda camps and WMDs.

Or they are doing a study of how many more global supporters of the 'greatest nation on earth' has been acquired via the Iron Man, X-Men, etc, franchise before going ahead.

And i suppose it is important to them that in the period commemorating the 11/9 attacks on the Twin Towers they are able to flex their brawn to show the world they are undeterred in being the biggest twats on the planet by being able to round up another Fellowship of the Ring to support them so as to harbinger the Return of the King.