Being a Catholic and doing Yoga 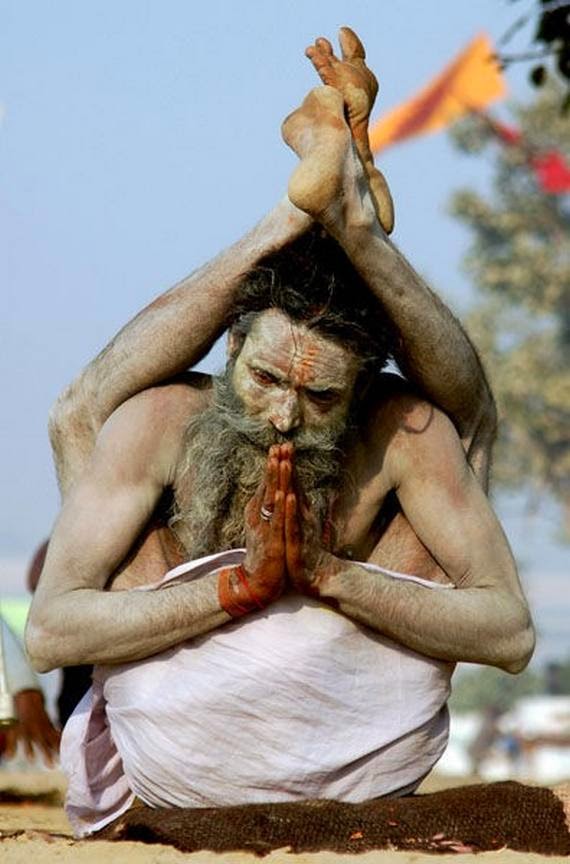 Farida Hamza, a Muslim woman living in the US (pictured above), had been doing yoga for two or three years when she decided she wanted to teach it.

"When I told my family and a few friends, they did not react positively," she recalls. "They were very confused as to why I wanted to do it - that it might be going against Islam."

Their suspicions about yoga are shared by many Muslims, Christians and Jews around the world and relate to yoga's history as an ancient spiritual practice with connections to Hinduism and Buddhism
Last year, a yoga class was banned from a church hall in the UK. "Yoga is a Hindu spiritual exercise," said the priest, Father John Chandler. "Being a Catholic church we have to promote the gospel, and that's what we use our premises for." Anglican churches in the UK have taken similar decisions at one time or another. In the US, prominent pastors have called yoga "demonic".


I'm a Catholic, but i, or my mom and dad, don't see a problem doing yoga. The pantheon of Gods and Goddesses of Hinduism is not exclusive. Some even pray to Mary, mother of Christ, or see Christ and Krishna as one. Unlike other faiths, to really be a Hindu/Indian is to embrace all. By the way, Buddhism is a denomination of Hinduism.

I am officially a Roman Catholic, but in reality, am Muslim, Hindu, Buddhist, and Christian.

Each makes me better at being the rest.


The real Hindu view is that as Nature and Life is so wondrous and multifaceted, the more Gods and Goddesses to represent it, the better. The more perspectives, the better the understanding and appreciation. It indicates and reinforces a desire to know more, feel more, experience more and thus, become more - which quite explains why Indians are one of the most vibrant and passionate people on the planet - also the Arabs and Africans as well.

There is a lot of focus on 'Incarnations' in Hinduism, meaning that The One can come in many forms. If westerners see 'religion' as divisive and causing wars, it is because they've yet be Hindu and understand what religion and spirituality is all about - which is why they came up with the word 'atheist' to give an intellectual flavour and whitewashing-impression to being nothing more than a 'heathen', hedonist, consumer, and celeb-worshipper. Being free of religion enables them to pursue these with religious fervour. It is the success of the promotion of these that conflicted with religion and undid the latter - which was made simpler by religion already being given a bad name by its being tied to elite and elitist politics and warmongering. Western 'religion' and elite politics has been too tied together for the former of the two to be realised. This wasn't the case most times in India as religion sought the meaning of Life apart from politics and economic gain.