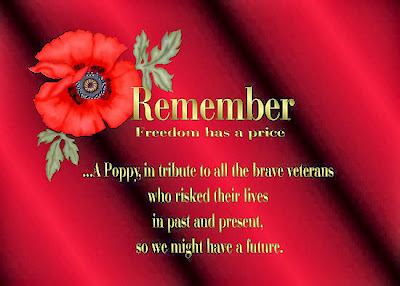 Thousands of bikers dressed in red have been riding around the 117-mile (188km) clockwise carriageway of the M25 for Remembrance Sunday.

Organiser Julia Stevenson, from South Darenth in Kent, urged clubs, groups and enthusiasts to be at service stations by 12:30 GMT.

They then converged on to the motorway at different points until all the groups had caught up with each other.

More than £2,300 was raised for the Royal British Legion.

The bikers were cheered on by people watching from the bridges over the motorway.
Ms Stevenson said it had been a huge success and a complete "ring of red" had been achieved.
- bbc


More money would have been probably been spent on petrol doing this than the amount raised.
Anyway, why are the people donating to the Royal British Legion? Shouldn't the state be taking care of the soldiers?   People should really start thinking.

Donating to the RBL is actual funding war. Reminds me of one of my favourite sit-coms, MASH, where Hawkeye and Honeycut do their best to save wounded soldiers, only to send them back to the battlefield.

Good, my dear, cannot be defined without taking its relation to the context into consideration.  Perhaps if there was no money to take care of war victims, the elite would think twice about sending them to war.  But thanks to the people whom are willing to pick up the pieces, the elite can continue doing so.

Perhaps if there was no money to take care of war victims, the elite and people would think twice about sending them to war.


But the elite don’t have to worry about this.  There are plenty of well-intentioned Hawkeyes and Honeycuts out there to do what they can without consideration of the consequences.  In such a case, such ‘good‘ is merely a self-indulgent act that enables us to not feel guilty about sending people out to war in the first place.  And the amount of money raised for the aftermath of a war equals the amount of money saved to send people out to war again.

Without death and destruction, how would those poppies that emblazon the breasts of many be produced I wonder?  People should really think about what they are fertilising these brooches with.

Not getting a single penny from me for sure.