Toward a non-European Socialist Vision 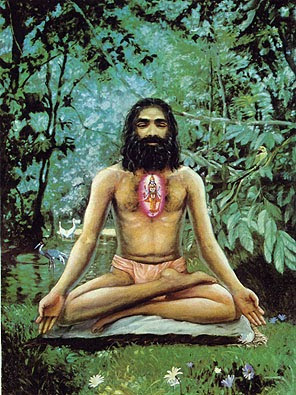 We need to distinguish between EuroSocialism and Socialism. In Eurosocialism, there is an avowed belief that culture is formed by economic development.  And hence, they attempt to take control of human evolution through control of the economic milieu. Whilst that is in part true, we have to realise that culture is not thoroughly formed in the west as it might in other parts of the world like India and China.

European socialism is more 'technical'.  It deals with the body, not the mind or spirit.


In these parts, culture, rather than 'being formed' by economic development, can instead be used to interpret economic development or even challenge it, like Buddhism did more than 2000 years ago in the face of the growth of the capitalist tendency in parts of India, or Sannyasins (wandering ascetics) did in the past, and to a smaller degree, in the present.

One could even state plausibly that Buddhism was the world's first Socialist movement. Even Japan had to get rid of Buddhism in its efforts to westernise and 'capitalise' itself in the face of western colonial imperialism. That is why many Buddhist temples were burnt down and monks incarcerated, and the relatively value-free Shintoism brought in as the state religion. European socialist intellectuals have ignored all these facts in their development of socialism, and which explains, in part, why socialism has largely failed in the south-east.

They wave their idols, from, amongst others, Trotsky to Marx to Lenin to the world like a Pantheon of Saints for all the socialist world to abide by.  The Catholic Church has Rome as its centre with a whiteman pointing the way to Christ; the world has the white and chinese dominated United Nations Security Council; Hollywood determines the evolution of children and their consumerist and sexual tendencies; their Academy and Oscar awards tell people across the world what music and movies ought to be about; their Pharmaceutical companies and the US FDA tell us what is a cure and what isn't, and the list goes on.

Through this, they decapitate the world from its own wisdoms and histories which they have no understanding of, and have no interest in understanding, and place themselves at the topmost echelons of the pantheon of secular Gods designed to evict all Gods that contradict them.  Have you, be you white or black and all the gradients between, no curiosity as to your potentials as revealed by the greater wealth of global cultures, traditions and wisdoms?

The problem with European socialist intellectuals, including Marx, is that they do not consider how culture can be used to complement, reinforce, and flower the development of the socialist tendency in other, or their, parts of the world. To discard culture as just an elitist legacy betrays their ignorance of the fact that in many parts of the world, culture can be a product of a people despite elitism. It is, in other words, a culture formed from the ground up - India is a prime example. 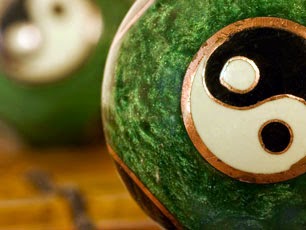 Marx made sense in lots of things, but there is much that he couldn't understand given European historical circumstances and evolution.  He didn't realise that that itself made him a product and consequence of their economic and cultural history.   He, in fact, used the European model of historical development as the model for understanding the antecedents and development of world history. Whilst he might have gotten his observable facts correct - i.e. feudal societies, monarchism, etc - the MEANING of these facts is variable according to various cultures and climes.

WHAT WE NEED is the production of socialists who include their own cultural knowledge and histories in the development of socialist traditions that can actually deliver results in their particular cultural climes whilst exorcising it off those elite-supporting elements that compromise its socialist spirit.

Asian socialism, when it successfully breaks away from the perspectival hegemony of European socialists, can be a far more vibrant and profound movement when they incorporate their own religious and social philosophies, whether it be from the rich philosophies of the Chinese during the period known as 'A Hundred Schools of Thought' before the ascension of Qin Shih Huang Ti in 221 b.c. or the philosophies of the many Indian sages and religious traditions that go back thousands of years.

When these 'techniques' are infused with the eastern spirit of profound spiritual passion and vigour, or humility in the face of Gods that remind us that no matter how perfect we think we are, our thinking is far from perfect, it can add that modicum of humility to the entire scheme of things that can make it go even further than can be imagined by the technically-inclined and Marx-abiding European Socialist.  They are not of the spirit, but of their material circumstances.  They cannot begin to understand what people across the globe in all their 'exotic' or 'interesting' wonder might know via senses that have long been blinded in the white world.

RIGHT NOW, European and American histories are being subject to economic development.  The capitalism of the west has engendered unthinking consumption, sexual brazenness and 'versatility', and hedonism.  Descartes' 'Cogito ergo Sum' has been replaced by 'i 'like' ergo I Am' with an emoji thrown in.  They have truly become a product of the economic system.  And if anyone stands against it, they are accused of 'censorship', being 'conservative', and even being a 'bigot'.  This is where western 'culture' loses its independence from the system itself, and made subject to it.  They are in the midst of redefining what 'freedom' itself is.

In Indian tradition, freedom was 'moksha', and is best respresented by the wandering ascetic who seeks to disengage from the shallow mores of civilisation, and seek out a profound meaning in life.  From these ascetics, we get different profound meanings for why we are here.

In the west, this difference refers to different models of 'smartphones' or movies to choose from.  That is Nirvana to them.  In the west, 'freedom' is being able to choose between an overly sexual or gory or juvenile Marvel movie; or being able to marry your own gender; or choose to classify oneself as a non-binary person; or marry both one's and the other gender in a bisexual arrangement; or upgrade to the latest iphone; or the freedom to kill yet-to-be-born babies.  That, to them, is freedom?  That is a freedom defined by the logical progression of capitalism and the hedonistic and self-serving it engenders.

When people in the rest of the world criticise it, be it the legalisation of homosexual marriages, or the gratuitous sex and gore in their 'entertainment', they are accused similarly.  The west, both right and left, are attempting to incorporate the entire world into its efforts to render everyone a product of their economic system.

One could say that there isn't really a 'left' in the west or the entire white hemisphere. Or perhaps 'stratosphere' might be more apt, as they have placed themselves above us in determing what is or isn't and what ought or ought not to be, in addition to placing themselves on the top of the map.  There is only the system, with the 'left' making efforts to validate the consequences of the capitalist system like homosexual marriages or demanding that prostitutes be given relatively respectable terms like 'sex workers', thus making it more palatable to the disaffected.

The more people compensate for not having greater freedoms through sexual 'fluidity', and the 'freedom to love', the more they will be satiated, and lose sight of the greater freedoms they aren't getting.  That is how they underdevelop to not wanting more, and viewing all 'wandering ascetics' in their clime as 'bums'.

We need to wrest our perspectival independence from the 'cultural' hegemony and trajectory of the west and its allegedly 'socialist' tradition, lest we too become a product of their overarching capitalist, consumerist, hedonistic and narrow history.

We need the rise of Hindu Socialism, Buddhist Socialism, Jain Socialism, Taoist Socialism, Aboriginal, African, amongst others, and the fusion of these to form a Socialism that includes not only the political and economic infrastructure - as European socialists talk about - but the Human Atman (soul) (Hindu, that refers to transcending material reality and historical circumstance to identify our true selves via self-knowledge) and Ren (Confucian, referring to the good feelings engendered when being altruistic).