The west and Indian culture 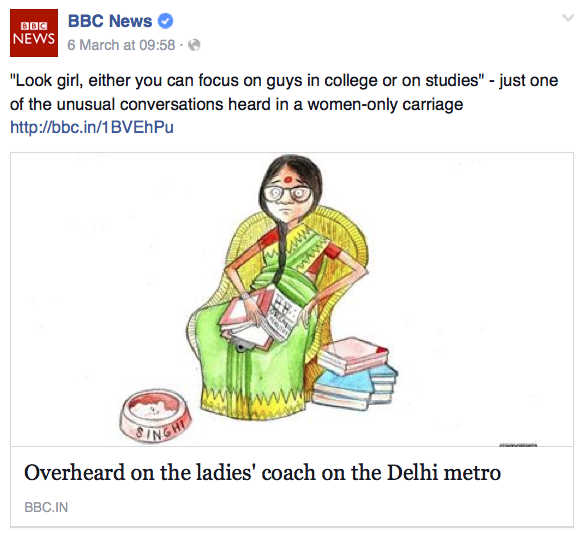 "Look girl, either you can focus on guys in college or on studies" - just one of the unusual conversations heard in a women-only carriage” - bbc

Leon Gabriel Kharkongor: Different parts of India have different mentalities. Delhi does not represent the whole of India.

Gerard Takiwa: Well done BBC ... For telling India...to step out of the dark and embrace the light !

Ed: You can't blame Gerard too much Sharmaine. Gerard, after all, is product of his western media, unlike us, who pay attention to everything that goes on everywhere.

Hence, we are endowed with more perspectives, whereas they don't know anything other than Hollywood and their own culture of drinking, eating, walking dogs, worshipping celebs and footballers.  Prashanti R: Well said edwin

Lakha Singh: More than 200 country in the world why BBC run behind the india

ed: That just means they don't want any distractions. If the BBC and the whites have their way, all  students in universities all around the world will mirror American Pie.

They call it freedom. But there is another sort of freedom. That is, to be better. That requires one to curtail one's own freedom to be worse than one can be. Whites don't have the cultural input in their own clime to understand this.   For them, freedom is the right to be as bad as one can legally be.  For Indians, and others, freedom is partaking in that which makes on more than one’s primitive selves.

They see the above aspect of Indian culture as something to ridicule or 'backward'. But that just betrays their belief that they are the centre of human civilisation and perpetuates the colonial white-is-right myth. The colonial spirit lingers on in new forms doesn't it.

Let's educate them to alternatives to Porky and American Pie.  You can start with the comment made on the women-only carriage.  It is not something odd or ‘unusual’ as the BBC presents.  It is something quite enlightening.  That is, if you can think beyond the whites of your eyes. 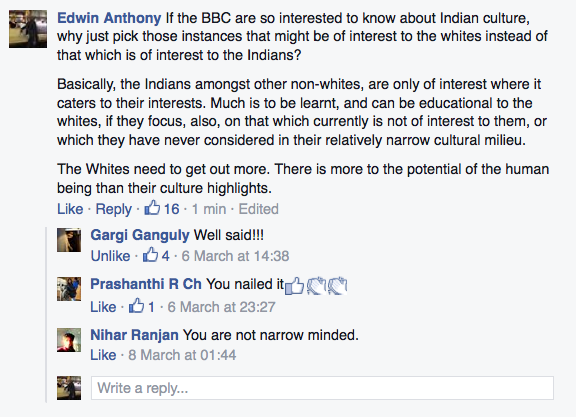 Basically, the Indians amongst other non-whites, are only of interest where it caters to their interests. Much is to be learnt, and can be educational to the whites, if they focus, also, on that which currently is not of interest to them, or which they have never considered in their relatively narrow cultural milieu.

The Whites need to get out more. There is more to the potential of the human being than their culture highlights.