The Notion of 'Great Actors' 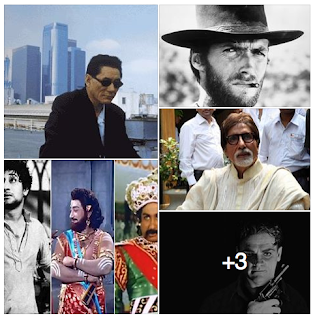 What do i mean by 'within a particular context'? Let's look at it this way. Let's look at a children's production in school. Amongst them, there would be 'great actors' WITHIN that particular context. You see, in a school play, not that much is expected. No great passion, depth, and so on. Because they are kids. So WITHIN that context, and standard, we determine who is a 'great actor'.


Same thing when it comes to understanding 'great actors' in any context, and in comparison to other contexts. Clint Eastwood can act in a children's school play with little effort, whilst a child from that play wouldn't be able to do as good as him in, say, Dirty Harry.

instead of talking about 'great actors', we should be talking about 'Great Contexts', or 'Greater Cultural Contexts', in order to raise the standards of acting so that a 'Great Actor' can indeed be accurately construed as one.


The expectations are different, and less, in a school play as opposed to a Dirty Harry movie.
Same thing when it comes to cross-cultural contexts. In the west, their culture is not as deep and demanding when it comes to passion, emotional or poetic depth as they aren't as passionate, emotional, or poetic, as, say, the Japanese, Arabs, Africans, or Indians. So a great 'western' actor is only 'great' within their context where expectations do not exceed the existent cultural depth.

If you put Clint Eastwood or Jackie Chan in a, say, a Tamil movie, he would fail to impress according to Indian standards which require philosophical or poetical depth and far greater emotional profundity. But if you put Amitabh Bachchan, or Kamal Hasan, in a western movie, they would raise the standards for emotional and passionate depth.

So instead of talking about 'great actors', we should be talking about 'Great Contexts', or 'Greater Cultural Contexts', in order to raise the standards of acting so that a 'Great Actor' can indeed be accurately construed as one.

Or, as is currently the case, we can just expose ourselves just to, say, Chinese or Western media, know little else, become not much more, and then confuse what the actors of lesser Cultural Contexts as 'Great Actors' because we don't know any better.

(that said, western actors of the past, like James Cagney, Edward G Robertson, Marlon Brando, amongst others, exhibited far greater depth than most current actors of the western genre of acting depth. Given that western culture already had very little depth, they still exhibited acting depth that exceeded it.)