Paris Attacks and The 3-Dimensionalising of The West

What a beautifully mephistophelean equation. 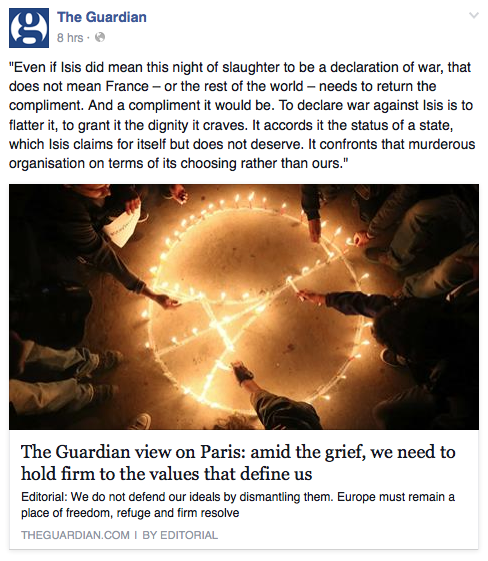 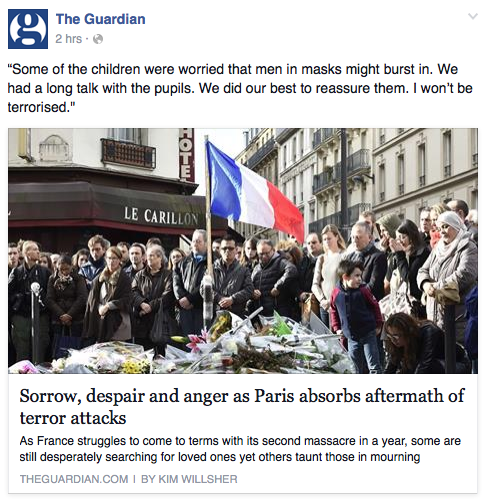 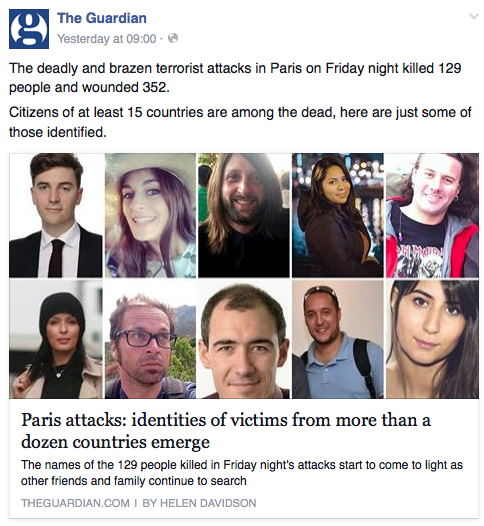 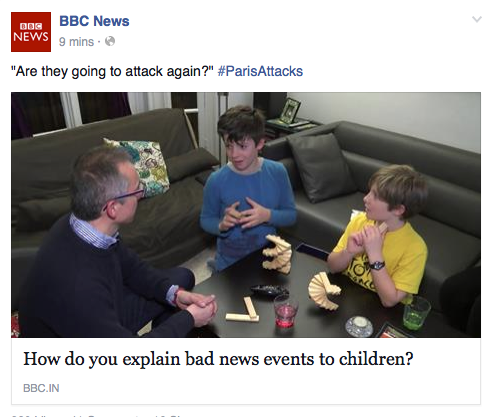 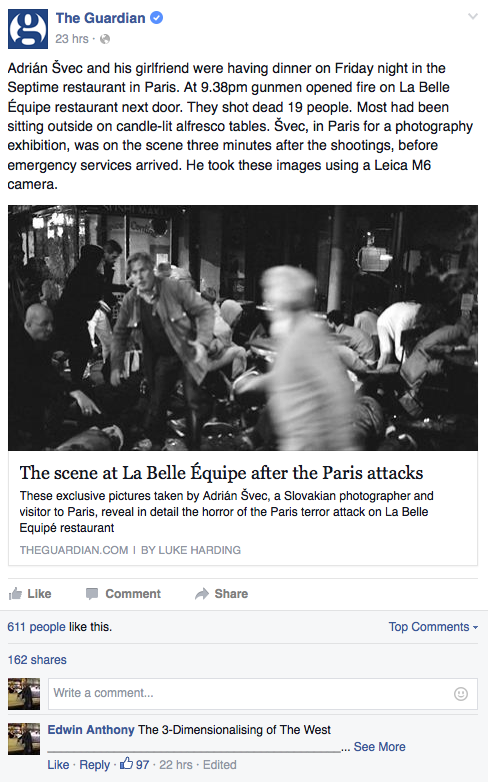 Ask yourself, "How do I feel after seeing the above?"

What if you were given just statistics instead of all of the above?  How would you feel then?


I have to admit, reading these accounts really got my stomach turned. The word, 'Terrible', isn't enough to appreciate these horrendous atrocities in Paris.

But, that's the problem isn't it. When i read about how US-UK embargoes killed half a million children in Iraq via embargoes, or this or that drone attack, or invasion, etc, I am just given the information, and statistics.

“  This is what I term, 'the 3 dimensionalising' of such deaths in the west, whilst others are just a uni-dimensional statistical print on paper.

But when it comes to 9/11, the London Bombings, these killings in France, i'm given a Blu-Ray version of it, with all the minute details, first-hand accounts, videos, pictures, feelings, fears of children, commemorative expressions ‘worldwide’, speeches, resolutions, songs, etc, etc. We are shown real life people whom are dead, and dying, not just the 'numbers'.  Same thing with 9/11. We're told of all the twins who died, someone's daughter, someone's son, someone's lover, someone's fiance, someone's wife, their plans for the future, accounts of the loved ones they left behind.  But then again, when it comes to 'others', it is just numbers. 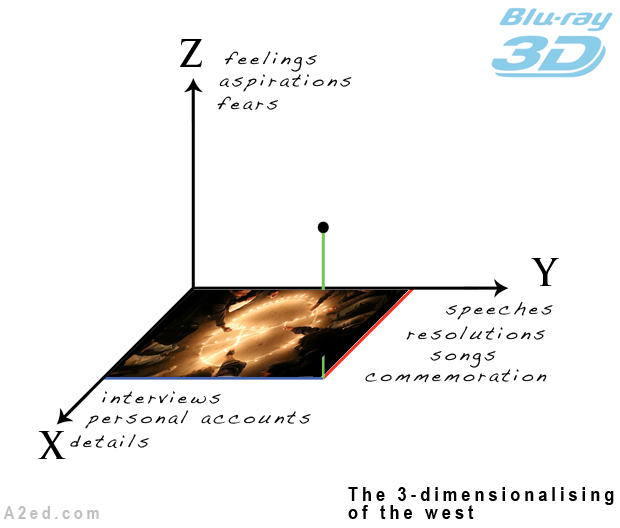 This is what I term, 'the 3 dimensionalising' of such deaths in the west, whilst others are just a uni-dimensional statistical print on paper. (I had first written about this back in 2005)


And the mode and medium of killing plays a part as well.
With the west, their killing of others are done via 'impersonal' ways, like a drone attack from a distance, a bomb here and there, or worse, a silent 'embargo bomb' which nobody hears but inflicts far worse damage than any single gruesome beheading, or killer-on-the-rampage with a machine gun or machete. Looks like they save their special gruesome effects for their snuff, aka, slasher/horror movies, but are very subtle about it in real life.

So, with the absence of a sensational and 'personal' way of killing, the west gets off with a mere slap on the wrist at best by either the west-worshipping people across the globe, or those who think that a killing is only a really bad thing if it is an explicit one-on-one eyeball-to-eyeball face-to-face venture.  One bloke with a loud machine gun is terrible because it seems very personal because it is an identifiable individual vs bystanders. But with the west, it is some guy from a distance in the sky pressing a button that releases bombs, or just ‘economic sanctions’, or gunfire in an area designated as a ‘battlefield’.  It is such innovative killing strategies on the part of the west that enables people to ignore it because it isn't as 'personal' as a lone or group of gunman who get down and personal with the people and do what the west does from a distance. (same thing with the death penalty in the US which is ‘humanely’ afflicted, as opposed to a bunch of police officers stabbing a person sentenced to death.  That just makes it more palatable to the public.)

And it is these that compromise the empathy and outrage I or anyone might feel when it comes to 'others' who die because of the west's 'impersonal' actions that simply leads to 'collateral damage'.


When it comes to the killing of others (non-whites), not only is it impersonally effected, but in the aftermath, it is presented as faceless statistics embellished with justifications and topped with the cherry of 'let's move on to other news'.  We don’t get the kind of ‘hi-res’ information on them.  No stories about their lives and loves.  No stories about their feelings and reactions.  (We get a movie about Pearl Harbour, but no movie about a similar American attack that took place on Tokyo Bay a hundred years before that to force the Japanese to ‘open up’ to western imperialism.)

And it is just such presentations, and lack off, that determines how we feel in favour of the west as opposed to ‘others’.  And it is this that founds the basis for upon which enough empathy can be withheld from others long enough for them to turn insane enough to do what they did in before and after what they did in Paris.