Manifesto Against Same-Sex Marriages and Homo-Promotion 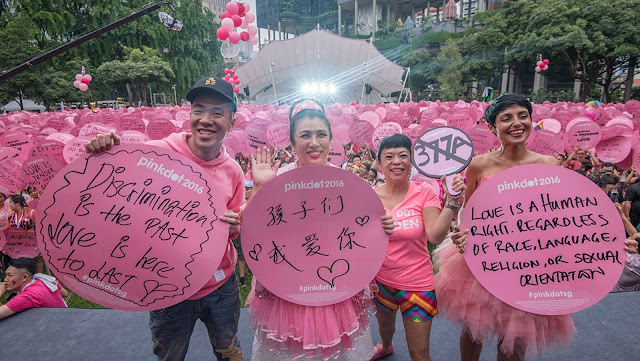 My stand against homosexuality is based on the following.  It is a logical, rather than a personal, decision.

Under the slogan, 'the freedom to love', it in principle justifies incestuous, group, etc, marriages.  All it requires is 'consenting adults', without an inquiry into what it means to be an 'adult' in intelligent, moral, and introspective terms.

This in turn encourages a ‘go with your feel’ tendency, which in itself gives rise a myriad of tendencies that go unquestioned.  Right and wrong ceases to matter, and even if something is illegal, one can still view it as society just having its own bias against it, just as it once had a ‘bias’ against homosexuality.

‘Nothing is natural.  Everything is just a matter of preference.’  That is the basic thrust of this unfortunate situation.  In fact, having a preference is in itself seen as evidence of one’s intelligence.  No attention needs to be paid to intellectuals, thinkers, philosophers, sages, religious tenets, nothing.

Wisdom is put forth as the intersection of ‘preference’ and ‘reaching a certain age’.  This takes its cue from the pro-narcissist tendencies engendered in the west that spurns all opposition to ‘preference’, whilst these preferences are themselves a construction of the coincidence of what is promoted – hedonism, consumerism, etc - and what is left out – i.e. other cultures, religions, etc.

Secondly, the aspiration toward 'sexual freedom' is actually a consequence of the failure to aspire toward greater freedoms of a socialist spiritual, and of a non-western nature.  By giving 'sexual freedom' the go ahead is to perpetuate this distraction and continuing human diminution.  The consequence will be a people whom are easily-led by the elite.

Thirdly, the 'freedom to love' anyone of any gender, or number, in a sexual light is a part of the general consumerist, anti-traditional, and pro-corporate culture that has gradually evolved from the capitalist state of things that reduces everyone to economic fodder.  That in turn leads to a general opportunistic view of all from an economic to a sexual sense.

Fourthly, in part, this is also an atheistic and pro-western movement that goes against traditional religions, cultures, philosophies, that deems freedom to be a result of freeing oneself of base desires and impulses.

In this, the western capitalist, consumerist, secularist, hedonist and atheistic movement are one in defining 'freedom' as a state of being where one ought to give air to one's impulses without thought within legal limits, whilst pushing legal limitations to allow the fullest expression of a thus-nurtured nature free of the ability to introspect.

If you want to be a homosexual, go ahead.  It's a choice based on social, cultural, and personal preconditions.  Many have their fetishes.  But recognising it as such, and not as a natural precondition of your existence as a human being is that which divides the conscious human being from one who is a product of the tyranny of the socially-constructed subconscious.  Being free of that tyranny is true freedom.  Recognising this is the first step towards it.