On Jews being 'Intelligent' 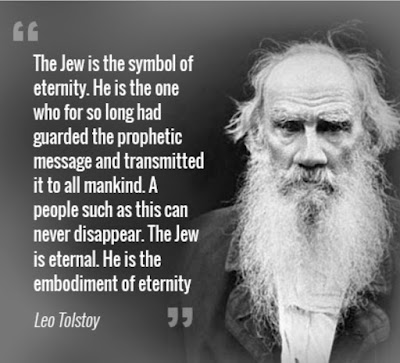 I was talking to an acquaintance of mine when he remarked, "You're a Jew."  When i asked why, he said, "You're smart!  You're like a Jew!".

'No', said I.  I'm being Indian in being smart.  The Jews just made their intelligence relevant to the modern-western world, whilst the Indians are too busy aping the west and playing monkey to their organ-grinding-cum-wanking to realise that they could be as smart, or actually, smarter than the bulk of the Jews themselves.

Of course i didn't say all of that to him as he probably wouldn't have gotten it.  So i just said, 'no dei' (an indian term of address between friends....but deemed rude if used on strangers) "i'm indian, ergo smart".  Again, i didn't use the word 'ergo' as he wouldn't get it.  So it was "i'm indian therefore smart".

He, however, insisted that i was a 'Jew'.  The idiots in this country tend to think that insisting your point is valid a rebuttal enough, as opposed to proving that your point is true.

Anyway, I can understand that need by him to liken me to to Jews as he is Indian himself.  So the psychologic goes, if he agrees that i'm being Indian by being smart, then he is immediately faced with the fact that he isn't much of an indian or smart.  So he'd rather view me of another category than to share a category with me and come across as intellectually inferior.  So it goes, paradoxically, "You're exceptionally smart, hence a Jew.  But we both are Indians, hence equal."

Funny, the BS people come up with so as to protect their sense of self-efficacy or self-worth isn't it.

Many would agree that the Jews are smart.  They'll point to those like Marx to Einstein to Oppenheimer to the Rothschilds, to Kissinger, and if you're dumb enough, to Adam Sandler.

But the true story behind Jewish intelligence is this.

I'll keep it real simple.  It's the 'we are the chosen people' mentality, PLUS, being persecuted for as long as they were by the Europeans.

The 'we are the chosen people' mentality itself endows one with an amplified sense of one's self-efficacy.  (To be honest, i have that mentality too, which has seen me achieve stuff people in my socioeconomic and cultural circumstances aren't actually supposed to achieve.)

One is not likely to play copycat in the face of more developed cultures or regions.  One would be more inclined to taking on anything from an innovative approach to a dominant one.  One will perceive oneself as relevant to what's going on in the world in any field.  One will feel that given that they are 'the chosen people', their role is not to just play follow the leader, but to be leaders or making them.  That 'chosen people' mentality is like, 'you may know more than me today, but i will know what you know and more by the morrow.'

PERSECUTION of the Jews

Then we have the persecution that the Jews underwent for centuries in the entirety of Europe, finally reaching critical mass with their extermination by the Nazis, whom were the cultural brainchild of the white supremacist colonial west of the time - funny isn't it....to make reparations for what the Jews had to endure from the Europeans, the Europeans cut out a piece of someone else's land and gave it to them....and the myth continues that the west put down fascism in WW2.

That was the leaven that gave rise to the fruition of the 'Chosen people mentality' in its particular form in the current eurocentric and technocentric status quo.  Now, it was not just the tendency to be relevant, lead or dominate, but it became imperative.  It didn't begin with the formation of the illegitimate and racist state of 'Israel', but began way before that.  That desire to be better, to control, to be numero uno saw the birth of financial empires like the Rothchilds.  It would ensure that there were funds not just for one family to dominate in significant ways, but to ensure that their own community excels with education, opportunities, wealth, and so on.

Do you think it is an accident that the person who started Facebook, or those who gave rise to Hollywood as we know it today, or quite a few financial institutions, or advisors to presidents, are Jews?  Or do you think it is some exceptional intelligence on their part that placed them in such positions?  Given enough 'chosen people' mentality, and persecution, they, and anyone, would begin to act as a group, bringing each other up, to ensure their own security, prosperity, and dominance.

As a little example, we can see how the eurofeminist movement has given birth to this domineering mentality amongst an increasingly greater number of women at all levels. This is even more blatant and brazen in western music, movies and sit-coms and borders on misandry (hatred of men).  It is fraught with self-worship, sexualised dominance of men, and viewing men as inept.  And if any man can better women in their intelligent appreciation of things, like theatre, poetry, dress-sense, being sensitive, etc, they are told that they ought to be homosexuals, and which in turn leads to a self-fulfilling prophecy, thus leading to women maintaining their position at the helm of the western version of their so-called 'sexual revolution'.  All this resulting from their developing a consciousness of themselves as a class and caste apart from men, from centuries of what is deemed oppression, etc.  Like the Jews, they have therefore embarked on a similar 'chosen gender' mentality now.

BACK to the topic

It was the 'chosen people' mentality and the persecution that did it.  Put any people through it, and they'll turn out similarly.  Going back to what i said earlier about my intelligence and creativity being 'Indian' and not 'Jew'....  It's because Indians have a far more profound and highly metaphysical and philosophical culture than most.  It goes to the the base, or the primordial, and does not take its cue from the socioeconomic apetites of the day.  That is the foundation for everything.  It just has to be applied.  Indians just need to realise that they can be relevant, not as coding minions of the west, but as leaders taking their education from their own ancient culture and wisdoms that were more developed than that of the Jews or most others.

But, like most other colonised states, they acted as a state, not a people.  They sought to play keep-up with the west, and learnt to view the west as the progenitors of all things.  They were put on a wholly different cultural trajectory by force and taught that their culture was irrelevant.  They didn't have an all-pervasive culture of 'we are the chosen people', and they were highly divided as a state and diverse as a culture.  This could have been strong points in bettering the west in all arenas but that realisation never came as they sought to simply learn the western view of things for immediate inclusion and gratification.

The Jews did not have these Indian traditions, or to the degree of the Indians, and which would be pretty much the fuel neeeded to make one hit the stratosphere intellectually and creatively with the click of the tongue.  But they had 'God' on their side, in terms of believing that God had chosen them as the stewards of human civilisation.

With such concerted and cooperative action with a group, a tiny population could achieve what they have done to date, control significant financial institutions, determine how people think and feel through Hollywood, determine the trajectory of minds on social media, make presidents (of the US), and also contribute significantly in euroscientific to europhilosophical arenas.

There is nothing exceptional about the Jews.  But what is indeed exceptional is their perception of their self-efficacy that has perceived divine mandate on its side, and the exceptional persecution they underwent to ensure they do anything it takes to insure the realisation of the former, by ensuring protection against the former.